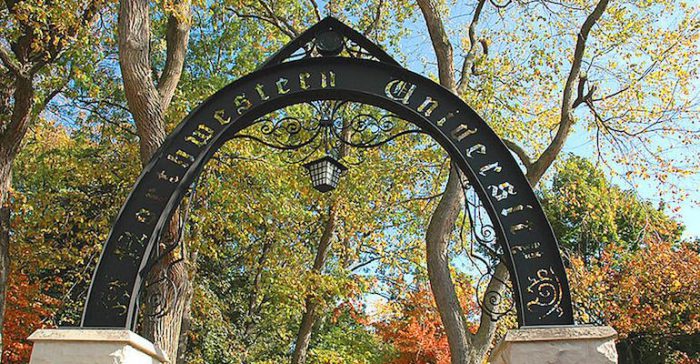 Northwestern Cuts Energy Use in the Battle of the Buildings

From September 1 through November 30, 2016, Northwestern competed in the U.S. EPA ENERGY STAR’s Battle of the Buildings, a national competition to reduce energy use in buildings. The top performer among the University’s competing buildings was the Tarry Research and Education Building. Over the course of the competition, the building saved more than 228,000 kWh of electricity. This is equivalent to the total annual energy usage of 17 average homes.
Northwestern entered five buildings in the competition: the Tarry Research and Education Building, Catalysis Center, 1801 Maple, the Technological Institute, and Cook Hall. These buildings all contain laboratory spaces, which tend to be extremely energy intensive. During the competition, sustainNU worked with building managers, lab managers and users, and the Office of Research Safety to conserve energy while maintaining safe lab procedures.
Fume hoods were a key area of focus because they are among the most energy hungry pieces of equipment in labs. When a fume hood sash is left in the open position, it can use more energy annually than three average U.S. homes. Shutting or lowering sashes on fume hoods with variable air volume systems can make a big difference in energy consumption. The sensors automatically adjust ventilation levels based on sash height and occupancy. During the competition, email messages and posters and stickers in labs reminded lab users to “shut the sash.” In Tarry, “shut the sash” stickers were placed on 87 fume hoods. Equipment data showed a nearly 14 percent decrease in the average height at which fume hoods were left open.
The competition also encouraged lab users to take actions such as properly maintaining freezers and shutting off equipment and lights when not in use.
In addition to encouraging building occupants to practice energy-saving actions, Facilities Management installed energy efficient ventilation systems in laboratory buildings. Facilities Management installed an Aircuity system in Cook Hall, Technological Institute, and the Tarry Research and Education Building. Aircuity is made up of a network of air sampling stations that deliver air to a centralized sensor suite that monitors levels of carbon dioxide, carbon monoxide, airborne particulates, relative humidity, and volatile organic chemicals. Aircuity then adjusts ventilation rates as needed to maintain air quality. The system will save energy because the ventilation system doesn’t have to run more than necessary.
New construction projects in some of the competing buildings made it difficult to measure the impact of the competition accurately. However, the results were dramatic for the Tarry Research and Education Building, where no new construction projects were underway, and energy consumption could be compared with usage from previous years. In Tarry alone, energy costs for lighting decreased by a total of more than $2,700 over the course of three months compared to the same period the prior year. Energy costs associated with mechanical systems such as ventilation decreased by nearly $15,800, for a total savings of roughly $18,500. Maintaining this level of operations year round could save more than $74,000 annually.
Battle of the Buildings participants from around the country will submit their building data in February, and the winners will be announced in April. And although this particular race to save energy has concluded, efforts to improve energy efficiency on campus continue. Every member of the Northwestern community can contribute by keeping up the energy saving habits recommended during the competition, as described in sustainNU’s YouTube video about the Battle of the Buildings.