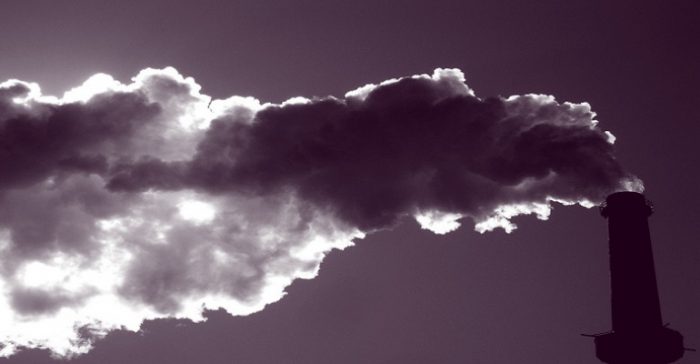 ARS Technica, January 24, 2017
With the swearing in of a new administration, the federal government and California, the most populous state in the union and the only state currently allowed to set emissions standards different from the Environmental Protection Agency’s (EPA), seem set to go separate ways on policy governing greenhouse gases.
Last week, the California Air Resources Board (CARB) issued a proposed plan (PDF) to get California’s greenhouse gas emissions down to 40 percent below what they were in 1990 by 2030. The plan expands California’s current goal of reducing greenhouse gas emissions to parity with 1990 levels by 2020. CARB says the state is on its way to meeting the latter goal and suggests the former goal will be reached by continuing the state’s cap-and-trade market and pushing for millions of zero-emissions vehicles on California’s roads.
Meanwhile, the Trump administration issued a freeze on grants and contracts under the Environmental Protection Agency (EPA) last night, which ProPublica reports could hold up toxic cleanups and water-quality testing. Myron Ebell, a climate change denier and the Trump transition team’s EPA lead, told ProPublica that the freeze was not unusual. “They’re trying to freeze things to make sure nothing happens they don’t want to have happen, so any regulations going forward, contracts, grants, hires, they want to make sure to look at them first,” Ebell said.
But it is expected that if and when the freeze ends, the EPA will see some dramatic budget cuts. Axios reported that a leaked document from the Trump team identified $800 million in budget cuts for the EPA, as well as plans to get rid of Clean Air Act greenhouse gas regulations for coal and natural gas power plants. The Trump administration hasn’t yet moved on any of the plans outlined in the story, but Myron Ebell did not dispute the content of the document to Axios, though he noted that a more current document on changes to the EPA is being used.
The proposal from the California regulatory board and the activity from Trump’s administration underscore the political battle set to erupt over energy in America for the next four years. California is a leader in renewable energy that has strict environmental rules, and the proposed plan would make them stricter. By contrast, Trump ran his campaign on giving renewed importance to fossil fuels and claimed that he wanted to shut down the EPA.
Trump hasn’t moved to eliminate the EPA, but instead he nominated Oklahoma Attorney General Scott Pruitt—a man with ties to the oil industry who has sued the EPA 14 times and has been vague about whether climate change is a human-made crisis—to lead the agency. In his recent Senate hearing, Pruitt emphasized that he wanted to give the power to apply environmental rules back to the states. But Pruitt also suggested he would “review” CARB’s ability to set more stringent air quality rules than the EPA itself—a legal oddity that dates back to the 1960s and has helped California be a leader in renewable energy investing.

What California says it will do

CARB’s proposed plan for 2030 is a step on the way to a goal of an 80 percent reduction in greenhouse gas emissions from the 1990 level by 2050. In the executive summary of the plan, CARB writes that already, “California has reduced greenhouse gas emissions by about 10 percent from our historic highs in the early 2000s, and the State’s economy has demonstrated continued growth at a rate above the national average,” signaling to the board that the state’s economy could continue to grow with tighter emissions rules.
To achieve the 2030 greenhouse gas reductions, CARB says a host of initiatives are necessary. In one initiative, California will continue its cap-and-trade system by which the state sets a limit on greenhouse gas emissions, and companies trade those emissions allotments. CARB calls for tightening caps over the next decade. Another initiative will also push for a “20 percent reduction in greenhouse gas emissions from the refinery sector;” yet another will “put 4.2 million zero-emission vehicles (ZEVs) on the roads;” and another will “deploy over 100,000 zero-emission trucks and equipment by 2030.”
The effect on California’s economy under the stricter plan, CARB says, will be “roughly one-half percent less growth… when compared to a scenario where we did nothing at all.”
But the board also noted that California’s economy is depending more and more on renewable energy as an industry. “As a whole, advanced energy enterprises employ over half a million workers in California—three times the combined total of motion pictures, television, and radio—bigger than agriculture, forestry, and fishing. And, the pace is quickening. In 2015, the advanced energy sector generated jobs at six times the rate of the state’s economy overall.”
It’s important to note that CARB has been working on this new plan for 18 months, so it’s not a reaction to the Trump administration as much as a continuation of California’s ambitious efforts to combat climate change. The proposed plan will be discussed over three hearings set for early 2017.