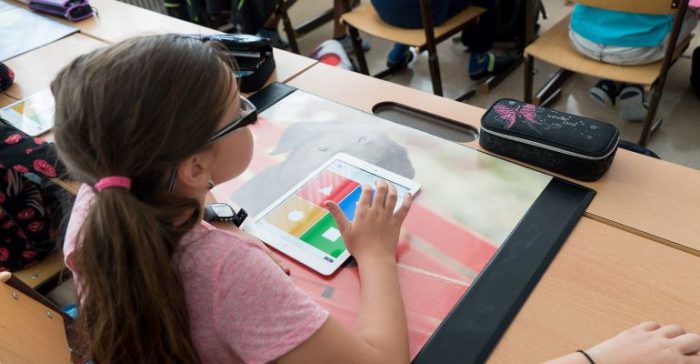 Zero energy buildings are the future of sustainable living – be it commercial, industrial, or residential settings. Arlington County, VA embraced this future with the design and construction of their zero-energy public elementary school. The building is powered by over 1,700 solar panels, has a geothermal athletic field that funnels into a distributed system throughout the school, and includes energy efficient operational tweaks including LED lighting and efficient water heaters for the cafeteria.

Beyond the revolutionary design of the school, the sustainable design and focus of the building and it’s innovators has inspired an educational environment that provides hands-on learning about the earth, sustainability, and innovative technologies. From a young age, Discovery Elementary School students are being exposed to the impact of human beings on the planet and how they can better exist cohesively with the earth while preserving it’s resources.

On top of all that, the zero energy school building came in under budget, saving city dollars that can be reinvested into other municipal projects. More so, in it’s first year of operations, the sustainable design saved the school over $100,900.

To learn more, read the full article below, including the video that provides an inside look on the building design, execution, and the effects it has had on the students, faculty, and county as a whole.

Currently experiencing a population boom, Arlington County is facing massive growth in the next decade and is seeking to add half a million square feet in educational facilities. During competitive design procurement, one of the teams suggested a zero energy goal could be accomplished within the given budget. Proponents at the district level who had been championing energy efficiency were receptive because sustainability was a core value of the project from the start, but they were skeptical that it could be done within the budget aimed at LEED Silver. Not only did the project end up coming under budget, including the solar array, but the building is more efficient than originally predicted. Now Discovery saves $100,000 per year in utility costs, enough to cover the salaries of two teachers.

This article was originally published on betterbuildingssolutioncenter.energy.gov.