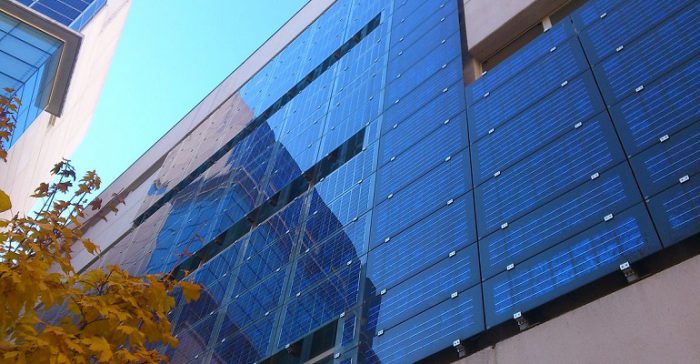 In March, Arizona-based solar panel manufacturer First Solar set a new efficiency record for cadmium telluride solar cells at 22.1%. What makes this such an achievement is that until recently silicon-based cells have been more efficient at converting light into electricity. But that’s not all. First Solar thinks that within 2 years it can increase that efficiency to 24% in the lab and 19% in the real-world. This just beats the 16% real-world efficiency of multicrystalline-silicon cells. First Solar is also using cadmium telluride in thin-film cells, which reduces manufacturing costs compared to conventional silicon-based cells. This gives First Solar a leg up in the economics of solar energy: higher efficiency at a lower price per watt.

[bctt tweet=”First Solar plans to increase cell efficiency to 24% in a lab & 19% in the real-world in 2 years.” username=”ZonditsEE”]

Driving forward in the race for highly efficient solar cells, First Solar says it has converted 22.1 percent of the energy in sunlight into electricity using experimental cells made from cadmium telluride—a technology that today represents around 5 percent of the worldwide solar power market. The company’s commercial line of solar cells has reached an energy conversion efficiency of 16.4 percent.

The theoretical efficiency limit for cadmium telluride cells is above 30 percent—significantly higher than that of conventional silicon. (Today’s commodity silicon-based solar panels have efficiencies between 16 and 18 percent; their theoretical limit is thought to be well below 30 percent.) First Solar, which is the only major manufacturer of cadmium telluride solar panels left in the United States, is working to bring commercial solar panels closer to that limit. “The gap between what’s theoretically achievable and what’s out there today has been pretty broad,” says Raffi Garabedian, First Solar’s chief technology officer. “We are closing that gap at a breakneck pace.”

One obstacle to closing the gap is the maximum voltage available from cadmium telluride cells. Maximum voltage correlates directly with efficiency. For decades researchers have been unable to break the one-volt barrier, but researchers from the National Renewable Energy Laboratory and Washington State said in a paper published February 29 in Nature Energy that they have exceeded that limit.