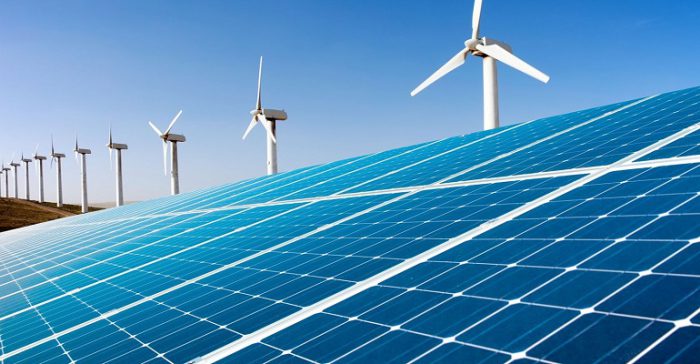 When it comes to Germany’s switch to renewables, the speed at which it is happening is often said to be too fast. Is that right?

We see ourselves as the Energiewende‘s guinea pigs. Our network in the north-east covers about a third of Germany. Last year, renewables’ share of electricity consumption was 49.5%. This year it will be markedly above 50%. No other region that relies on inconsistent sources like solar and wind has securely integrated them into the system. Supply security has also grown. However, the high cost of congestion management showed last year: we had to deal with around €350 million, while nationwide it was about €1.1 billion, costs that the consumer had the absorb. And network expansion of renewables is still lagging behind. That’s why we have to better synchronise the expansion of renewables and the grid.

[bctt tweet=””We have to better synchronise the expansion of renewables and the grid.”” username=”ZonditsEE”]

How will this integration go? This 5% “physical limit” on renewables remains fresh in the mind.

We are developing new methods and techniques with our partners to integrate solar and wind energy. This is all based on estimates. There are good indications now about how much wind and solar is expected to be fed into the grid. But more technical innovations are necessary. How are renewables going to take over responsibility for the system? Will they be able to maintain voltage during a storm, even if some lines come down? During large storms in the region, it has worked in practice.

Recently, you said that 70% renewable energy could be integrated. Is this realistic?

There are a certain number of myths in the energy industry. One of them is that we need more flexibility in the system to integrate renewables, like energy storage, interruptible loads or backup power plants. That’s a myth. We have a lot more flexibility than we need and a huge amount of potential.

What about demand management?

In case of a sudden high demand for energy, large consumers can decide, as an alternative, to scale back their industrial processes for half an hour, which they will be paid for. Technically, and from a marketing point of view, this was not possible a few years ago. So we can now offer greater flexibility, when there is a demand for it. Another less well-known fact is that when renewables were satisfying 40% of demand, for just a few hours in the year, when we were at our greatest flexibility, it was demand that was causing it, not the availability of the renewable sources.

We are slowly straying into the 40-50% bracket. We’ve been testing over the last year for this very scenario. We actually had an solar eclipse, which presented us with a very interesting experiment. Towards midday, after the eclipse was over, we have a relatively strong increase in solar power in a very short time. It was around 14,000MW in 45 minutes. We had been concerned up until then about whether we would be able to deal with it. It demonstrated that we have a lot more flexibility than we first thought and that we will be able to integrate photovoltaics into the system. We are well on track to having a system that can accommodate between 70-80% renewable energy without the need for more flexibility options. What we already have should be able to meet our needs until 2030 or even 2040.