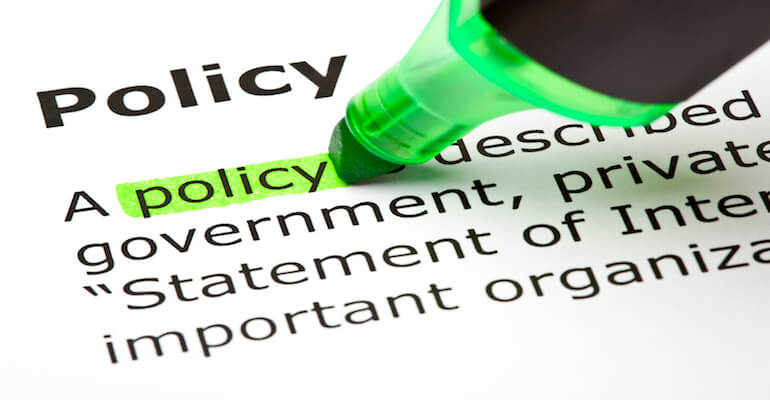 Nearly simultaneously with President Trump’s oath of office Friday, the White House website shifted to remove climate change related content from the Obama administration and supplant it with a new statement of Trump’s energy policy — one focused, it said, reducing “burdensome regulations on our energy industry.”
Those are just words — but an action hours later by White House chief of staff Reince Priebus had more teeth. Priebus’s memorandum, issuing a governmentwide freeze on new or pending regulations, would appear to have the effect of sweeping up four very nearly finished Energy Department energy efficiency standards, affecting an array of products, including portable air conditioners and commercial boilers. The standards are designed to reduce energy use, and, in the process, consumer bills and greenhouse gas emissions.
The Priebus memo states that federal agencies cannot send new regulations to the Office of the Federal Register — a key step in the finalization of new rules — until Trump’s administration has leaders in place to approve what these agencies are doing. Moreover, it also states that regulations that have been sent to the office but have not yet made it into the published register need to be withdrawn. The Obama administration issued a similar memorandum right after the president took office in 2009.
In this case, the language would appear to snag four energy efficiency regulations released very late in the Obama administration that, because of recently issued departmental rules designed to prevent errors, could not be published to the Federal Register for 45 days after their posting by the agency — a timeline that pushed their finalization past the end of the Obama administration.
The Obama administration, in part driven by ambitions to fight climate change, had been issuing a slew of energy efficiency standards, or regulations, each of which took a small bite out of the country’s greenhouse gas emissions by requiring a line of products to use less energy.
The regulations that would go into limbo affect portable air conditioners, walk-in coolers and freezers, commercial boilers and uninterruptible power supplies. According to analyses by Appliance Standards Awareness Project, which tracks these standards, over the long term these regulations would save consumers billions of dollars in energy costs by requiring manufacturers to make these products more efficient.
The Priebus memorandum does not necessarily ensure the regulations’ ultimate demise — it merely halts them for further review. “These four new standards assure consumers of these products a basic level of energy efficiency performance, so we hope that Secretary-designate Perry, once confirmed, will swiftly approve them for publication,” said Andrew deLaski, director of the Appliance Standards Awareness Project.
“These standards should not be controversial,” he added.
But even if some of the standards do ultimately go into effect, others may not — or at least, not in the same form. That’s especially likely if they’re controversial or contested by industry, as at least one of them is.
The memo “is good news in the case of the commercial boiler rule, which we have many concerns about and which was not done through the negotiated rulemaking process,” said Francis Dietz, vice president for public affairs at the Air Conditioning, Heating and Refrigeration Institute.