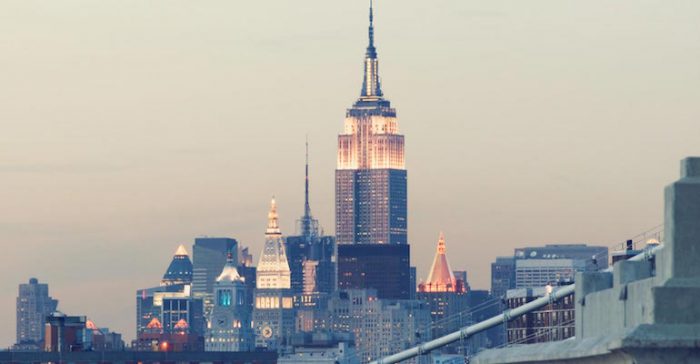 When establishing Reforming the Energy Vision (REV) in 2014, Governor Andrew Cuomo set aggressive and exacting energy generation, usage, and efficiency targets for the Empire State. Targets set to be achieved by 2030 include a 40% reduction in greenhouse gas emissions from the 1990s, 50% of electricity generated from renewable sources, and a 23% reduction in building energy consumption from 2012 levels. Since setting forth these hard-and-fast targets, the New York State Energy Research and Development Authority (NYSERDA) and the Public Services Commission (PSC) have taken a market-driven approach to achieving them.

NYSERDA has implemented demonstration projects, established regulatory protocols and facilitated programs to remove barriers to the deployment of distributed energy resources (DERs) and renewables. While some programs offer incentives, the majority focus on moving the market through soft costs reduction, end-user engagement and assistance, aggregation of financing, and process streamlining.

For example, K-Solar, a joint program of the New York Power Authority (NYPA) and NYSERDA, provides school districts with advisory and technical support integral to procuring high-quality, affordable solar photovoltaics, at no cost and with no obligation to purchase. Clean Energy Communities (CEC) requires local communities to implement a number of energy efficiency projects and initiatives to earn CEC certification and become eligible for incentives for additional clean energy projects. Meanwhile, the PSC has focused on developing new market platforms and tariff structures that enable utilities to be compensated for deploying sensibly located and operated distributed energy resources (DERs) to meet rising electricity demand, rather than investing in traditional generation and transmission infrastructure. Mark D’Antonio discusses the PSC’s recent proceedings on the development of a new valuation method for DERs in this Zondits article here.

New York has begun to consider a new approach to spur growth in a market that has been mostly nascent in the state: energy storage. In June of this year, both the New York State Senate and Assembly unanimously passed a bill that would require the PSC to define a storage mandate by January 1, 2018, that utilities would need to fulfill by 2030. As of the writing of this article, it has been 4 months since the passage of the bill, and Governor Cuomo has yet to sign it into law.

As Julian Spector of Greentech Media commented in a July 2017 article, “a statewide procurement target potentially runs counter to the market-driven approach Governor Cuomo has championed for transitioning the utility business model and promoting distributed resources.” Those spearheading the implementation of REV, such as NYSERDA Chairman Richard Kauffman, have intimated that imposing a mandate to jump-start a market doesn’t necessarily create strong, sustainable conditions for a particular technology, but rather a market that is favorable only until the targets are hit. In the same article, Spector quotes Kauffman:

‘”The easy way to do things is to have mandates; the harder but more impactful way is to challenge the industry and the utilities to think about different approaches. If there’s some last bit that you need because the numbers don’t quite work yet, then we can layer in a mandate or layer in some financial support as a stopgap.”’

Energy storage is a different kind of technology though, and as such, it might require a different approach to spark a thriving market. Storage can function like a generation resource, but also as an energy sink. With the right controls, discharged energy from a storage system can help to meet general demand or help to regulate power quality, depending upon a user’s needs. It can be deployed alongside renewables to prevent curtailment in instances of overproduction and increase generation reliability. Finally, although storage is considered an integral part of a modern electricity grid, value streams, permitting and safety standards for storage have been slow to develop in the state. A mandate might be exactly what is needed to spur real growth in the market in New York. Only time will tell if Governor Cuomo gives the mandate his seal of approval, and whether anything comes of establishing the mandate.

In the meantime NYSERDA is continuing to support the development of a storage market in New York. Currently, NYSERDA is seeking storage demonstration projects that stack value streams and perform multiple functions for end-users, the grid, or other stakeholders. Additionally, NYSERDA is supporting a variety of energy storage soft costs reduction initiatives. ERS will be hosting a webinar on current behind-the-meter use cases for energy storage as part of NYSERDA’s soft costs reduction effort.