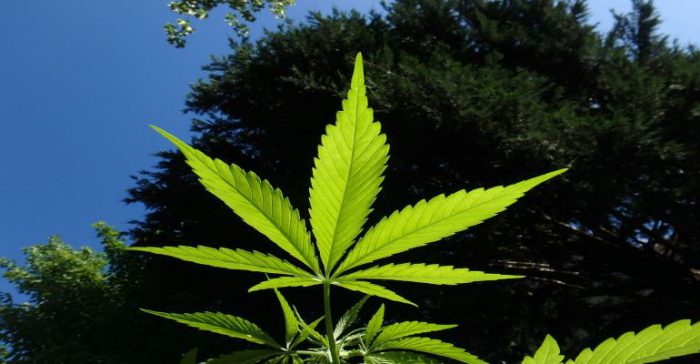 This article was originally published on energynews.us on Sept. 16, 2019.

The state law seeks to avoid blackouts and other grid problems when its marijuana law takes effect Jan. 1.

When Illinois’ new law legalizing recreational marijuana takes effect Jan. 1, growers will face some of the strongest energy efficiency and reporting requirements in the country.

Marijuana can be an energy intensive crop. The new electricity load to power lighting, heating and ventilation for indoor grow facilities has strained the grid and even caused blackouts in other places after it was legalized.

The Illinois law seeks to avoid those problems by mandating efficiency standards and capping the amount of power used per square foot. Clean energy advocates said they were hopeful the law would lead other states to follow suit, though more work is needed between utilities and growers to manage power demand.

“I think that overall, we ended up in a very strong position with the environmental concerns regarding cannabis in this bill,” said Cary Shepherd, policy director at the Illinois Environmental Council. Shepherd helped draft the legislation’s efficiency requirements along with members of the University of Chicago Abrams Environmental Law Clinic and the Midwest Energy Efficiency Alliance. He noted that Illinois likely won’t be the last state to have a law like this, and efficiency is “an issue that needs to be discussed more publicly.”

Comprehensive data on the cannabis industry isn’t yet available, but other states offered several examples demonstrating the potential grid impact.

In Denver, public health officials in 2018 reported almost 4% of the city’s total electricity use was from cannabis, up from 1.5% in 2012. In the six months after recreational marijuana became legal in Oregon in 2015, Portland-based Pacific Power reported seven blackouts in its service territory from indoor growing operations.

The biggest cannabis-related electricity concerns are for lighting systems and heating, ventilating and air conditioning systems in indoor and greenhouse growing operations. For security, Illinois’ new law requires growers to cultivate in enclosed facilities like indoor operations or greenhouses.

Both lighting and HVAC are accounted for in Illinois’ bill, which outlines specific requirements for lighting power density — the amount of power used per square foot — and “photosynthetic photon efficacy,” a measure of efficiency for plant grow lighting. It also stipulates minimum requirements for the types of high-efficiency HVAC systems growers must use.

The rules don’t dictate specific technology growers have to invest in. For example, the law doesn’t say growers have to use LED lighting. It’s up to the Illinois Department of Agriculture to decide what qualifies and then grant permits accordingly, Shepherd said. He added that when drafting the legislation, much of the focus was on setting up a solid baseline that doesn’t prevent growers from using more efficient equipment that becomes available down the line.

“I think the law goes where it should go at this time,” said Derek Smith, executive director and co-founder of Resource Innovation Institute, an Oregon-based research group that collects data about energy efficiency in the cannabis industry. Smith noted that Illinois is aligned with new efficiency standards proposed in Massachusetts, where regulators are currently updating cannabis laws. This consistency will help build a standard approach as new laws go into effect around the country, he said.

He also pointed out that Illinois stipulates growers must report energy use and efficiency data to the state. This is crucial in an industry that lacks data, he said. “The whole point is the entire supply chain does not know how to optimize these facilities. So we need to collect data, and from that data we can set further targets.”

“Literally no one, as far as I can tell, knows how to optimize efficiency in these environments,” Smith said. Resource Innovation Institute offers a tool called PowerScore, where growers fill out a survey on their energy, water and waste practices and receive an efficiency ranking. The organization collects that data so stakeholders — growers, regulators, utilities and equipment manufacturers — can build an evidence-backed consensus on effective practices.

Smith said data has been gathered from 250 cannabis farms so far. (One industry source estimated 8,781 cultivation licenses distributed throughout the country as of December 2018.) He added that states can use the PowerScore tool for growers to report their data.

To read the remainder of this article, visit energynews.us.

This article was written by David Thill and was originally posted on energynews.us.