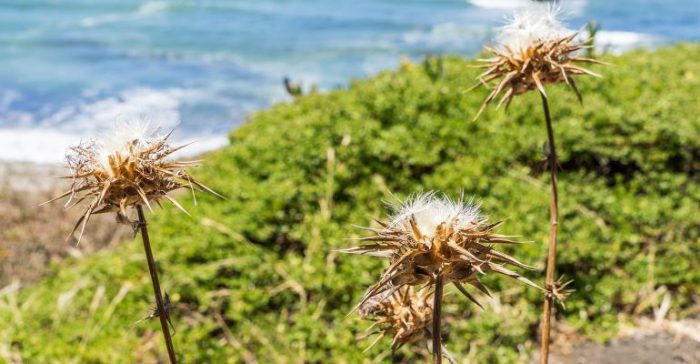 The new slate of clean energy resources the California Public Utilities Commission approved last week will take about five years to fully come online. In the meantime, grid officials say conservation and demand flexibility will be key to maintaining reliability.

For Monday, energy resources acquired in the day-ahead market mean California consumers are not likely to face a Flex Alert, the ISO said in a tweet on Sunday evening. But officials are bracing for a difficult summer and continued challenges until sufficient resources are added.

The state’s hydro resources are 40% below last year’s levels — which was also below average — and Mainzer said the new weather patterns “appear to be settling in, potentially for the long-term in the West.” That’s a big problem because California gets about 15% of its energy from in-state hydro resources and also imports a significant amount from the Pacific Northwest, he said.

“So, the sheer amount of energy from the hydro system is affecting the supply-demand balance,” Mainzer said. “And the associated heat is the other variable really putting a lot of stress on the grid at the moment.”

The state can typically import enough energy, but not if extreme temperatures also hit in places like Portland, Salt Lake City or Phoenix, said Mainzer. Then, there is no energy available to import.

Tyler Hodge, a senior economist with the U.S. Energy Information Administration, said the western United States is expected to generate about 150 TWh of hydro this year, about 9% below 2020, “which also had some water supply issues.”

The generation will “also be the lowest level since the last major drought we had in 2015,” Hodge said, also speaking at USEA’s event.

For California, meeting electricity demand means watching how weather conditions are impacting the entire West, as well as other industries.

“When it gets simultaneously hot and dry in all these regions, the amount of power available to California through imports puts a lot of stress on the system, particularly right after sunset when loads are still very high and the solar fleet is diminishing,” Mainzer said.

This is familiar territory. The state faced blackouts last summer, and a root cause analysis published in January largely blamed a heat wave caused by climate change and issues with resource planning targets.

“For this summer, we’ve been obviously learning a lot from the events of last year,” said Mainzer. “Last year was the first wakeup call, seeing how all these forces would come together.”

Since then, as much as 2,000 MW of additional battery storage has been added to the California grid, said Mainzer, and steps have been taken to improve the predictability of imports. But he said Friday that the forecast across the Pacific Northwest called for temperatures up to 111 degrees Fahrenheit this week, potentially impacting the ISO’s ability to import energy.

“By the time we get to the middle of next week, we could be seeing another round of stressed grid conditions,” he predicted. “As we work through what is likely to be a long and hot summer, relying on existing resources, demand response and customer conservation will be “critical to getting through the year.”

The National Weather Service reported on Monday that excessive heat warnings were issued in the Northern Great Basin, parts of western Nevada and interior California over the weekend.

Peter Asmus, research director at Guidehouse Insights, said droughts impact the electricity sector in a unique way because hydro resources are also vital for farming, fishing and other industries.

“People are going to start thinking about hydro a little differently and not just assume it’s there, because it’s no longer as consistent,” Asmus said. “There’s always been variability, but now the variability is more extreme. That’s really the challenge.”

“These systems are so interdependent, whether you’re talking about food, water or energy, everything is very much connected,” said Leah Rubin Shen, director at Advanced Energy Economy. “So taking that system-level approach was always important and is becoming increasingly important as we see greater and greater resources stress.”

This article as originally written by Robert Walton and published on utilitydive.com.