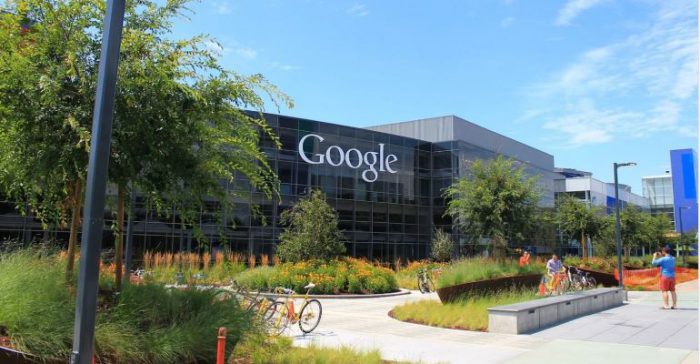 Google on Monday pledged that by 2030 it will run its entire business on carbon-free energy — every hour of every day of the year. The promise commits the tech giant to an even more aggressive program of sourcing clean energy and enabling the infrastructure to make it available even when the sun isn’t shining and the wind isn’t blowing.

Monday’s commitment from Sundar Pichai, CEO of Google and parent company Alphabet, comes amid record-setting wildfires across the U.S. West driven by increased heat and dry conditions linked to global warming from human-produced carbon emissions. “The science is clear: The world must act now if we’re going to avert the worst consequences of climate change,” Pichai wrote in the blog post.

Google’s new commitment is distinct from the more typical corporate commitments from rivals such as Amazon, Facebook and Microsoft, and a growing number of companies, to offset their carbon emissions from electricity by buying renewable energy, investing in reforestation efforts and engaging in other carbon-reduction strategies.

Google has been carbon-neutral on those measures since 2007 and has since shifted from buying power directly from existing wind and solar farms to financing the construction of new renewables, such as its 1,600 megawatts’ worth of wind and solar projects to be built in the U.S., Europe and Chile. It reached its 100 percent renewable energy goal in 2017, and last year got 61 percent of its global hourly electricity needs from wind, solar and other carbon-free sources.

But shifting to round-the-clock carbon-free energy will be “our biggest sustainability moonshot yet, with enormous practical and technical complexity,” Pichai wrote. “We are the first major company that’s set out to do this, and we aim to be the first to achieve it.”

Just how Google will achieve this, and how much it will cost, remain open questions. Google addresses some of these technical challenges in a new white paper, released Monday as an update to a 2018 “discussion paper” looking into the potential for 24/7 carbon-free energy for its data center fleet. It starts with collecting data on the carbon-intensity of the power supplied across different regions and calculating the resulting carbon footprints of different facilities.

An analysis of its 2019 electricity consumption indicates wide gaps from location to location. Some data centers in wind-power-rich Midwestern states like Nebraska and Oklahoma got 96 percent of their power from carbon-free energy. Others in states with a preponderance of fossil-fired generation achieved only 41 percent, as in Ohio and Virginia, or even lower rates of 24 percent in Georgia and 19 percent in South Carolina.

Google’s new white paper highlights the falling cost of renewables compared to fossil-fired power, and Pichai noted that the company’s work could “accelerate the availability of clean energy in communities worldwide.” Google separately plans to build 5 gigawatts of new carbon-free energy across its key manufacturing regions by 2030, spurring more than $5 billion in clean-energy investments, Pichai wrote.

Google has taken on clean-energy policy efforts like becoming a member of regional transmission organizations in the Midwest to press its case for energy market policies that could advance its goals and pushing utilities in key markets to increase their carbon-reduction commitments. Virginia has since passed a mandate of 100 percent carbon-free energy by 2045 for its utilities, while Ohio is embroiled in a bribery scandal around a controversial utility nuclear and coal power plant bailout bill.

Pichai also said that Google is exploring “increasing our use of battery storage” to capture excess clean energy for times when it’s not being produced. Google’s white paper cited the improving economics of batteries for meeting those goals, although it doesn’t set out any specific energy storage goals.

The white paper also highlights other technologies that could help bridge the gap between renewable power’s inherent intermittency and the consistent needs of its facilities, including “advanced nuclear, enhanced geothermal, low-impact hydro, long-duration storage, green hydrogen, and carbon capture and storage.” These are the same list of technologies that utilities, states and countries with zero-carbon commitments are planning to rely on to reach their goals.

On the demand side of the equation, Google has been experimenting with shifting computing loads at its data centers to match the availability of carbon-free energy from the grids they’re connected to and plans to release research papers later this year detailing the results of those efforts. Its white paper also cited the demand-shifting capabilities of Google Nest thermostats, which are delivering megawatts’ worth of load reduction for utilities across the country.

Google’s new commitment puts it ahead of other tech giants in countering the pressure their increasing demand for electricity is putting on carbon emissions, according to Elizabeth Jardim, senior corporate campaigner for Greenpeace USA, which tracks corporate climate commitments.

“Tech companies were some of the first to set renewable energy goals, and even still, their energy-hungry data centers continued to use huge amounts of fossil fuels, prolonging our collective reliance on dirty energy anytime we use the internet,” Jardim said in a Monday statement. “By becoming the first major tech company to commit to power its data centers with carbon-free energy around the clock, Google is setting a new high bar for the sector: a breakup with fossil fuels altogether.”

This article was originally written by Jeff St. John for greentechmedia.com.