In a piece of legislation that has proven to be one of the first of its kind, Wyoming State Representative David Miller has brought forward a bill aiming to penalize state utilities that incorporate ineligible clean energy resources in the state’s electricity portfolio. This comes at a juncture where economic forces favor renewable resources over nonrenewable resources such as coal, and the future of energy policy is murky.
In the nation’s top coal-producing state, the bill would require Rocky Mountain Power and Black Hills Energy, among others, to use eligible resources to meet 95% of the state’s electricity needs in 2018, and all electricity needs in 2019 and beyond. Eligible resources under this bill include coal, hydroelectric, natural gas, nuclear, oil, and net-metering sources such as rooftop solar and backyard wind. Large-scale wind, solar, and other renewable projects would not be eligible.
Power providers could continue to generate and sell wind or solar to out-of-state customers penalty-free, but providing that power to in-state customers would result in a penalty of $10 per mWh of energy. The utilities would also be forbidden from shifting this penalty to customers through rate adjustments. There is an argument that this bill isn’t outlawing renewable energy and that it is instead attempting to use penalties to tip the economics back in favor of coal, when the coal industry’s largest struggle is rooted in cheap natural gas, cheap renewables, and longstanding air-quality regulations.
At present, Wyoming’s electricity portfolio consists of 90% coal, and so arguably the bill would not require a marked shift in electricity generation patterns. However, this would severely discourage future renewable development in a state that has plentiful untapped renewable resources, such as wind.  Notably, one of the nation’s largest wind farms is currently under construction in Wyoming, although this electricity is already slated for out-of-state markets. Furthermore, in a state where excess power production is already an issue, continued wind and solar development in the state would only perpetuate the problem. While exportation is an option for future wind or solar developments, there are physical grid and demand constraints that need to be taken into account.
The bill is sponsored by mainly senators and representatives from top coal-producing counties. Nevertheless, even its main sponsor, Representative Miller, is not convinced that the bill will pass; he estimates its chances at 50% or less. Regardless of whether or not the bill passes, it certainly sets a dangerous precedent for fossil fuel-rich states around the country to move to revitalize the coal industry of the past. 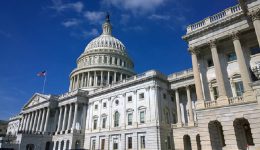 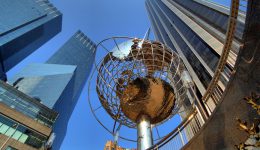