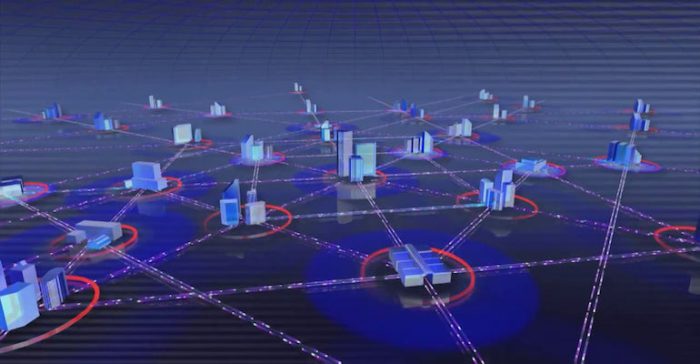 How the World Defines Microgrids and Why You are Confused

Microgrid, mini-grid, picogrid… All this tiny terminology can add up to some big confusion. Even the industry itself defines microgrids in different ways.
Microgrids, mini-grids and picogrids have some things in common: they are all locally generated, locally distributed sources of clean energy.
Is it all just a matter of to-MAY-to, to-MAH-to, then? Well, it depends on whom you ask – and where they live. Here are some of the different ways microgrids are defined worldwide.
India’s mini-grids and microgrids
In fast emerging microgrid markets like Africa and India, what North America calls a ‘microgrid’ would likely be considered a ‘mini-grid.’
In India, a mini-grid is defined as renewable-based distribution – usually solar – with a capacity of 10 kW and above (typically 10-200 kW). A mini-grid can connect to the central grid to exchange power or operate independently. In a country where a quarter of the population – more than 300 million people – lacks access to electricity, the latter is more often the case.
Mini-grids provide power for a range of purposes including residential electrification and power for commercial uses: businesses, medical centers, public buildings, streetlights and the like. Take, for example, this project in rural South Africa, which powers irrigation equipment and a pack house for local farmers. Or, Africa’s largest self-sufficient solar microgrid (5 MW) off Equatorial Guinea. You guessed it: mini-grid.
So then what’s a microgrid? India’s Ministry of New and Renewable Energy defines a microgrid as a smaller system, with capacity of under 10 kW.
By contrast, a ‘microgrid’ in the U.S. and other OECD countries has a capacity in the hundreds of kilowatts and megawatt range.
A picogrid is even smaller. Think of a cluster of homes connected to a single solar panel, or these battery-charging energy kiosks in the Congo. The picogrid provides enough power to keep the lights on and charge cell phones. Picogrids fill in where people don’t have access to a mini-grid or cannot afford connection fees.
Better power vs. basic power
A microgrid (U.S.) or mini-grid’s relationship to the central grid is another distinction to keep in mind. In OECD countries like the U.S., microgrids are often defined in terms of a means to improve the efficiency of the central grid or make it more resilient to outages and emergencies like a severe storm.
Consider these microgrid definitions: a report by the International Renewable Energy Agency (IRENA) says that microgrids (by OECD standards) are installed “…to achieve exceptionally high levels of reliability for industrial applications, such as data farms or industrial processes for which a power outage could prove extremely costly.”
The U.S. Office of Electricity and Energy Reliability defines microgrids as “…localized grids that can disconnect from the traditional grid to operate autonomously and help mitigate grid disturbances to strengthen grid resilience.” Likewise, the Department of Energy includes mitigating grid disturbances and strengthening grid resilience as part of its microgrid definition.
But in non-OECD countries, mini-grids play a different role. Mini-grids are often the primary source of electricity access for people in poor, rural communities where central grid access is either woefully unreliable or nonexistent. Africa has 13 percent of the world’s population but accounts for only four percent of the world’s energy demand. That’s some 600 million people with no access to electricity. In India, a quarter of the population lacks access. In these contexts, the mini-grid isn’t there in case of a storm: it’s the primary source of power.
Microgrids come in many flavors and go by many names. While OECD countries like the United States define a microgrid as an installation with hundreds of kilowatts and megawatts of capacity, in the African and Indian markets, that’s considered a ‘mini-grid.’
However the world defines microgrids, local clean-energy generation and distribution, by any other name, still improves lives.