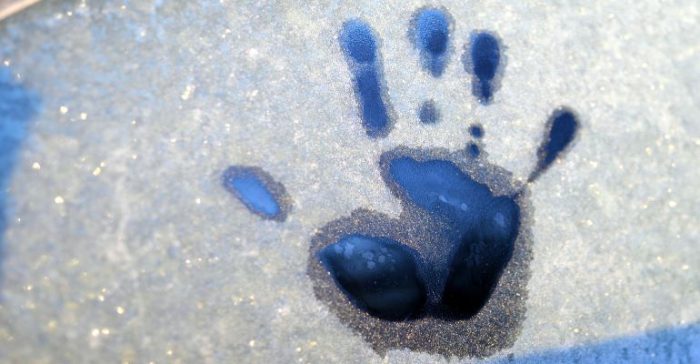 Texas regulators and energy suppliers have made some big bets in energy infrastructure over the last 25 years. They and their customers lost that bet last month.

Which type of energy supply really is at fault? Well, it was certainly a group effort. A whopping 185 Texas power plants tripped. Natural gas, coal, yes – solar and wind, and even nuclear unexpectedly went offline, accounting for 46 to 52 GW of lost capacity, at a time when demand was 69 GW, a winter record. One-third of all fossil fuel plants dropped offline. Whoops. While there had been some excess capacity available heading into the crisis, that much unexpected loss was overwhelming, leaving only about 45 GW of supply, thus the need for forced blackouts. Three cheers for the noble 45 GW? “Every one of our sources of power supply underperformed,” explained Daniel Cohan, Professor of Civil and Environmental Engineering at Rice University. “Every one of them is vulnerable to extreme weather and climate events in different ways. None of them were adequately weatherized or prepared for a full realm of weather and conditions.”

Anyway, who failed worst? Actually, in percentage terms, it really was wind, and wind is big enough to matter in Texas. In GW terms, however, natural gas was the biggest culprit. Here’s a look at Texas generation capacity under normal conditions and during the crisis.

For the purposes of the blame game, the most important columns in this table are the last four. They show that natural gas plants unexpectedly going offline did the biggest damage to grid integrity, more than all other resources together. In fact, the combination of planned unavailable gas plants and unplanned losses resulted in half of the state’s expected winter natural gas capacity being unavailable during this winter peak.

However, those other resources are really important, too. Even if none of the gas plants had gone offline unexpectedly, the loss of the other resources still would have induced rotating blackouts. Wind in particular dropped the ball. Its 4 GW unexpected loss was 36% of its normally expected capacity. This is a bigger percentage drop than natural gas. Since wind is a big part of Texas’s mix, the percentage drop matters.

How was this allowed to happen? This cold snap was not off the charts. Texas’s recorded weather history shows the most extreme temperatures being well below last week’s minimums. Typical record lows across the state tend to be about 10°F or less. And climactic modelers predict even more extreme weather going forward. With that excuse out of the way, it is a matter of policy and economics at its core.

The simple fact of the matter is this: Energy producers built systems capable of handling most but not all Texas winter conditions.

Texas is well known as a low tax/low service/low regulation state. Generator investors want to spend capital for maximum shareholder return. Why would they want to spend a lot of money just to cover a few very cold hours once a decade if they don’t have to? Absent regulatory requirement, that would be a bad investment. And, as it turns out, those regulatory requirements are absent in Texas. As ERCOT acknowledges, “Generation owners and operators are not required to implement any minimum weatherization standard or perform an exhaustive review of cold weather vulnerability.” It is voluntary. Methinks we lacked enough volunteers.

Compounding the issue, most of Texas is not interconnected with other states’ electrical systems. This, too, is intentional policy aimed at minimizing regulation. The lack of interstate connection prevents federal jurisdiction for much of Texas’s decision-making. But it also means that there was no possibility of generators from another state helping Texas. Remember the Alamo? No one came to help. Former Governor and US DOE Secretary Rick Perry made no bones about the choice, unilaterally declaring an opinion on behalf of every state resident: “Texans would be without electricity for longer than three days to keep the federal government out of their business.” May I suggest a statewide poll this week on that matter to double-check for unanimity on this position?

Josh Rhodes, a research associate at University of Texas at Austin’s Energy Institute, summarizes this issue for us: “I don’t think deregulation itself is necessarily the thing to blame here… (but) on some level, it comes down to if you want a more resilient grid, we can build it, it will just cost more money. What are you willing to pay? We’re going to have to confront that.”

How did it happen, technologically speaking? Power plants and natural gas fields and pipes can work in cold conditions. One just has to cross the Red River to find many fine examples. Heck, wind turbines power research stations in Antarctica. Why didn’t they work in Texas? It is not because of Aggie engineering. It is because of economics.

Let’s turn to natural gas. Before tackling power plants, look at the gas system itself. In Texas’s natural gas fields, “freeze-offs” contributed to a huge 50% drop in production. Freeze-ups happen when ice in the gas pipes blocks gas flow. They are expected on a smaller scale each winter, but this February was a doozy. Since gas can’t be stored in large quantities, the freezing temperatures had an immediate effect on natural gas-powered generating capacity, forcing some plants offline for lack of fuel. Further, the loss of electric power in gas fields and refinement facilities induced a viscous cycle, as it in turn caused less gas to be extracted for power generation. Uninsulated and shallow-depth pipelines also contributed to distribution system problems. Gases with heavy carbon chains can liquify.

While some power plant campuses just shut down for lack of fuel, others shut down due to frozen natural gas valves or frozen water lines (virtually all fossil fuel and nuclear power plants use water for cooling).

Who profited and who paid for this disaster? Hey, wasn’t Enron based in Texas? Jerry Jones sure made a lot of money last week. In case you hadn’t heard, Dallas Cowboys owner Jerry Jones bought a company last year that was selling natural gas for 10 times its normal price in the last week and likely much more. Between January and mid-February, the wholesale cost of electricity went from $0.02 to $66 per kWh. Profits were had. That’s enough to give quarterback Dak Prescott the salary bump he’s looking for. Unfortunately, it also means that some Griddy variable rate customers such as Royce and Danielle Pierce were getting daily $1,000 bills for their three-bedroom homes charged to their debit cards. Maybe Jerry Jones will give them game-day tickets once the COVID crisis ends.

But let’s get back to the question at hand: Could there have been a money-making conspiracy? Probably not. With literally hundreds of plants, owned by many different corporations, going offline for a half dozen different reported technical reasons, it seems unlikely. However, there is some eye-popping supply-side data to give one pause. Texas’s most recent similar severe weather was in 2011. It wasn’t quite as cold as 2021, but it was below freezing for a similar duration, at least in the Houston and Dallas-Fort Worth areas. ERCOT compared the two events and found that in 2011, the maximum generation capacity forced out was 15 GW. This year it was 52 GW. It does make one wonder.

ERCOT is actually the hero? You may have heard the ominous news that if ERCOT hadn’t acted quickly to institute rolling blackouts, then the system could have collapsed. One headline: “Texas was ‘Seconds and Minutes’ away from catastrophic monthslong blackouts, officials say.” Yikes! Was this really possible? Unfortunately, the media grabbed a defense-of-ERCOT headline and ran with it, but, in truth, this was a translation of ERCOT explaining that there was a risk of some substations being destroyed by excess demand relative to supply. If that had happened, it would take potentially months to repair the substation transformers. Bad? Yes, and thank goodness ERCOT did intervene. But Texas was not quite on the verge of a statewide Mad Max scenario.

Where are we now? As of the time of typing, this Texan author is wearing shorts and a T-shirt in 70°F weather with power and unneeded heat. It’s almost time for AC. What crisis?