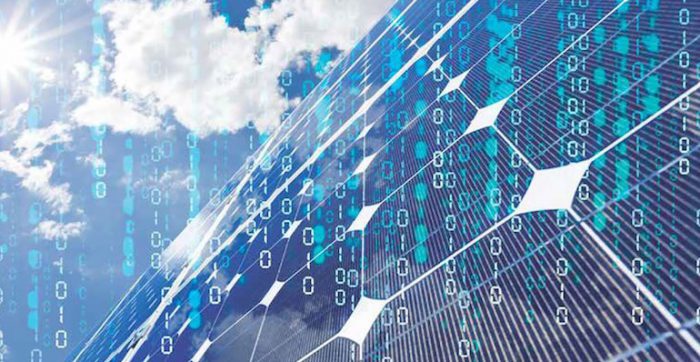 The “photovoltaic phenomenon” was first noted by the French physicist Edmond Becquerel in the scientific journal Le Comptes Rendus de l’Académie. His experiment involved irradiating two metallic plates, immersed in an acidic solution, with uneven levels of radiation. While the uneven radiation knocks out extra electrons from the irradiated part of the metal lattice, the acidic solution is helpful in transporting these electrons across the two plates – not unlike Volta’s first battery – allowing for a flow of electrons. This flow of electrons was registered as a voltage spike that the 19-year-old Edmond Becquerel noticed. Einstein further expounded on the photovoltaic (PV) effect, explaining the dual nature of photons and how it can generate a flow of electrons in certain lattice structures, earning him the Nobel Prize in 1921.

Solar panels work in a similar manner, minus the acidic solution and the uneven radiation. The SiO2 lattice is doped with impurities of Boron or similar elements which creates the p-n junction allowing for the possibility of the flow of electrons. The role of the acidic medium is replaced by a thin strip of silver, which acts as a super highway for the knocked-out electrons. Although straightforward in functioning, the manufacturing of these lattices in the form of wafers is complicated and requires expensive machinery and one of the most sophisticated global supply chains that exists for products today. The supply chain for the manufacture of a PV System, at a high level, is as follows.

Figure 1: Chinese Companies see an almost precipitous climb into the Top 10 Solar Manufacturers of the world

As can be observed, the top 10 manufacturers are Chinese companies. Even Canada Solar, which is listed as a Canadian company, still has the majority of its manufacturing base in China. Research done by IMS Research in 2013 has shown that Chinese companies have been better at holding on to their top hats for extended periods of time despite lower demand. An interesting observation to be made from Figure 1 is that the rise of several Chinese Solar companies occurred after the 2008 economic depression. The fact that the majority of the solar panel manufacturers base their operations in China is significant because the top 10 manufacturers are Chinese and produce nearly 56% of the global output of solar panels in the world or about 54 GW of solar panels. The Chinese share of the global PV manufacturing market is 63%. Hence, it would be fair to say that what affects the Chinese manufacturers would affect the rest of the world as well.

Table 3: Market Shares of Top 11 PV Manufacturers in the World

Goodrich et al, in a collaboration between NREL and MIT, conducted extensive research into the supply chain value of solar manufacturers and posited the following factors to have an effect on the cost price of solar panels:

Goodrich et al. compared the aforementioned factors across a 2 GW/year Chinese and a 50 0MW/year American solar cell manufacturing plant, which are typical. They subsequently concluded that the Chinese manufacturers have a cost advantage of over $0.28/W, where the cost price per W of a Chinese solar panel is $0.91, compared to $1.19/W for an American solar panel. An implication of this is that the majority of the Chinese solar manufacturers are supplying cells in excess of the demand, causing a market glut, much aggravated by factory warehouse markdowns.

What this would mean to a Chinese manufacturer is a lower margin; with the availability of cheap capital, a manufacturer could try to increase margins by increasing market share. This creates a vicious loop that oversupplies the market with solar cells, driving the price ever lower. A similar situation existed in the wind energy market in 2009 to 2010 when a similar situation saw market correction triggered by an increase in the price of rolled iron prices in the United States.

As noted earlier, the largest PV manufacturers on the planet are Chinese. In the case of a market correction, not only will there be a further consolidation of the market by the top Chinese Manufacturers but also capital flight into technologies such as combined cycle NG, which is much less volatile and has guaranteed returns. In fact, the market correction in the form of higher prices might already have taken effect as noted by multiple sources in the EU and the United States. Of particular interest is the “PV Status Report 2017,” which takes particular stock of the market oversupply of PV modules and the effect it might have in the not-so-bright future.