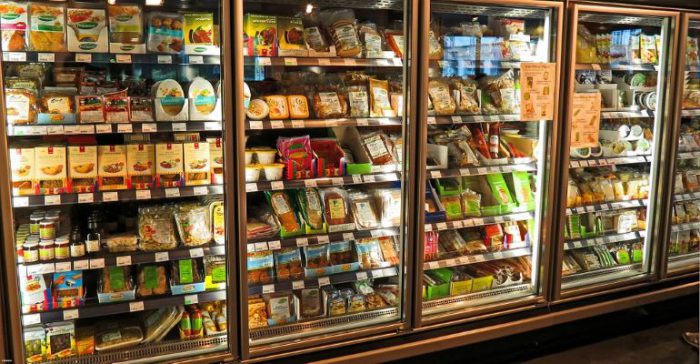 This article was originally published on hydrocarbons21.com on October 22, 2019.

U.S. manufacturer Tecumseh is pursuing a “soft launch” in North America of a propane (R290)-based packaged refrigeration unit for self-contained display cases that can be wholly detached for easier maintenance.

Dubbed the “Complete Refrigeration System” (CRS) – also IntelliCool – the unit is being evaluated by U.S. display-case OEMs, said Kit Fransen, Director, North America Product Management for Tecumseh, based in Ann Arbor, Mich., U.S. He spoke about the unit at the Food Marketing Institute (FMI) Energy & Store Development Conference, held September 8-10 in Dallas, Texas, where it was on display. “We just provided a sample to Southern Case for a pilot.”

Tecumseh charges the CRS at its factory so that OEMs don’t need to. “A lot of OEMs don’t want to charge propane in their facilities,” said Fransen. “It requires a capital investment to have the right infrastructure and special equipment.”

At the store, the bottom-mounted CRS unit can be “swapped out” with another unit and sent back to the factory for maintenance, so that a technician doesn’t have to cordon off an area in the store, explained Fransen. This is also beneficial, he said, because trained technicians who can do in-store work are “harder to come by.”

Tecumseh has also developed a top-mounted CRS unit that can be water-cooled, as well as a side-mounted unit, he said.

The CRS operates at low and medium temperatures. The CRS’s compressors can operate in fixed or variable speed.

One or two CRS units, operating under the current R290 charge limit of 150 g (5.3 oz), could accommodate a three-door freezer, said Fransen. If higher charges of R290 are approved in North America, following the IEC endorsement of charges up to 500 g, that would enable one unit to do more work, lowering costs, he noted, adding that “three hundred grams would be more than enough for the CRS.”

Larger charges of R290 would also allow Tecumseh to employ it in 1HP-or-higher condensing units for walk-in coolers, which currently use R448A or R449A, he said.

This article was written by Michael Garry and originally published on hydrocarbons21.com.