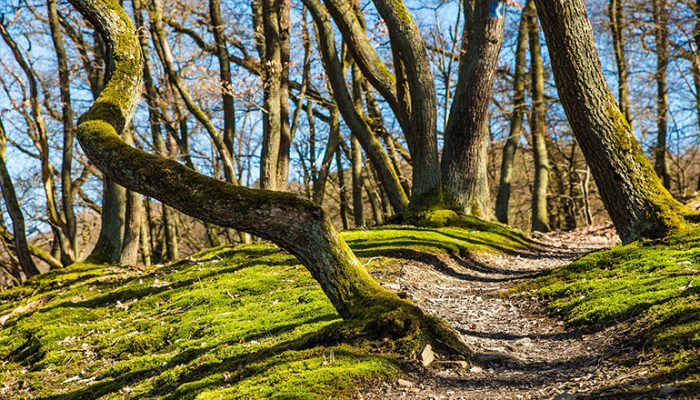 Air pollution is an issue gaining a lot of attention, as it is responsible for 7 million premature deaths a year according to the WHO. The situation is even worse in big cities, where air quality is particularly problematic. But now, the Dresden start-up Green Solutions offers a new weapon in the battle against urban air pollution: the CityTree, a mobile and free-standing vertical plant installation which removes pollutants from the air.

The CityTree is a structure made largely of recyclable materials, covered with moss as plant coverage. Moss cultures were selected as they have large surface leaf areas, capturing and filtering more toxic pollutants from the air. When placed in areas with high levels of pollution, it cleans the air in a 50-metre radius, absorbing approximately 250 gr of PM a day and removing up to 240m3 tons of CO2 per year from air, the equivalent of the effect of 275 normal urban trees. “The CityTree combines IoT technology with the natural capability of special moss cultures to filter fine dust, nitrogen oxides and therefore a large amount of CO2 equivalents out of the air,” says company co-founder Denes Honus.

The system is just under 4 meters tall, nearly 3 meters wide and 2.19 meters deep, covering a floor space of 3.5m2 including a bench, or 1 m² in the slim-line version. It is equipped with Wi-fi enabled sensors that measure the local air quality. “We have pollution sensors inside the installation, which help monitor the local air quality and tell us how efficient the tree is” said Zhengliang Wu, co-founder of Green City Solutions. It also features a built-in tank where rainwater is collected and then pumped into the soil, so it has a fully-automated supply of water and nutrients. Sensors measuring the soil’s humidity, temperature and water quality assure the health of the moss. The CityTree is also energy independent, as it is fitted with solar panels and batteries for energy storage. The system has a long life and can be assembled or dismantled within 8 hours.

Each CityTree costs about $25,000 and around 20 of them have been installed in big cities around the world. It has already been tested in Germany, Oslo, Paris and Hong Kong, while Brussels is currently evaluating their effect. However, the company aims to also introduce the device to developing countries such as India, where cities tend to have elevated levels of pollutants.