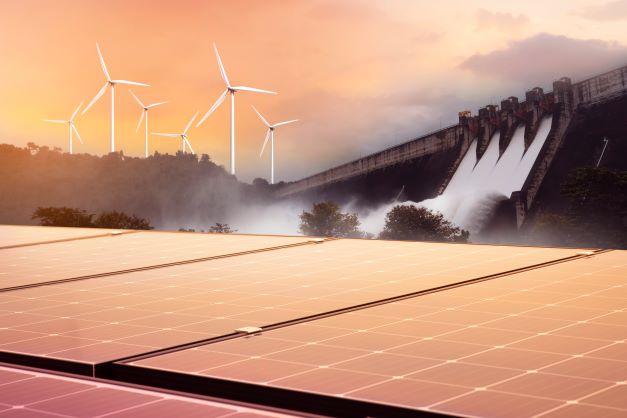 According to the International Energy Agency (IEA), renewable energy is on a course to become the world’s largest resource for electric generation by the year 2025. Coal is currently the largest source of fuel for electrical generation, but as renewables ramp up, the IEA predicts that coal, natural gas, and nuclear will continue to decline.

The forecast was published in early December in the IEA’s 2022 Renewables Report. The report states, “The first truly global energy crisis, triggered by Russia’s invasion of Ukraine, has sparked unprecedented momentum for renewables.” Further, the IEA expects that renewable energy will account for nearly 40% of worldwide electricity output by 2027.

Solar and wind energy are forecast to continue to dominate renewable energy growth, although the IEA recognizes that hydroelectric, geothermal, and biomass will play a significant role, along with energy storage, in enhancing stability and flexibility to electric grids.

Excerpts from the report, as well as a link to a downloadable pdf copy of the full report, are available at the IEA’s website: https://www.iea.org/reports/renewables-2022.

According to the IEA, “Renewables 2022 is the IEA’s primary analysis on the sector, based on current policies and market developments. It forecasts the deployment of renewable energy technologies in electricity, transport and heat to 2027 while also exploring key challenges to the industry and identifying barriers to faster growth.”