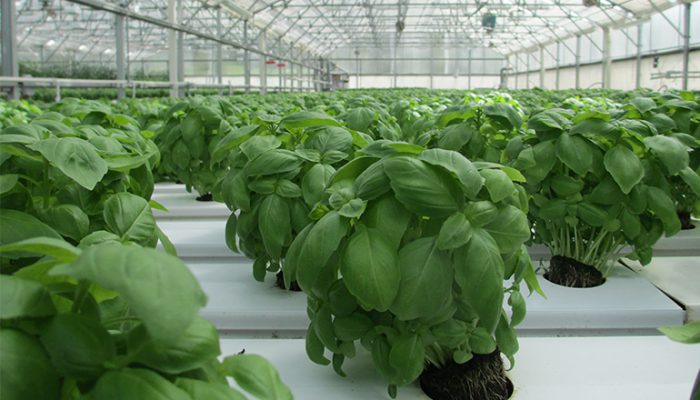 In a European first, heat reclaimed from the transcritical CO2 refrigeration system at the heart of Delhaize’s remodelled supermarket in Brussels is used to heat the greenhouses of the retailer’s rooftop Urban Farm. R744.com reports from Ixelles, a suburb of the Belgian capital.

“This is the first greenhouse in Europe on top of a supermarket,” said David Schalenbourg, director of department – building projects, format & maintenance at Delhaize Belgium (part of Ahold Delhaize Group). “It’s a new concept.”

Seasonal produce grown in the rooftop greenhouses is sold in the Delhaize Boondael store below, which reopened for business on 18 October 2017.

“The idea is to shorten the chain,” improving sustainability and making use of rooftop space which traditional supermarkets generally fail to exploit, Schalenbourg explained.

Delhaize is proud of the Urban Farm’s location in the heart of the community. “We invite schools to come and see it,” Schalenbourg said.

At the concept’s heart is a brand new CO2 transcritical rack provided by Danish manufacturer Advansor. “We always reclaim heat from our CO2 installations, to heat our stores and produce hot water,” said Schalenbourg.

At the Boondael store, the engineers went one step further. Excess heat from the refrigeration system is used to heat the greenhouses too. “It’s a holistic approach,” said Schalenbourg.

He is confident that the Urban Farm will help to raise the profile of natural refrigerants like CO2. “There is a certain complexity in explaining to non-professionals what it’s all about. This kind of project makes it possible to tell a compelling story,” he enthused.

What challenges did the Delhaize team face in Ixelles? “We reinforced the structure of the existing building” to ensure that the roof can take the weight of the greenhouses and layers of soil, Schalenbourg explained.

The Ahold Delhaize group encompasses 21 local brands across some 6,500 stores around the world. By 2050, the group is aiming to reduce its greenhouse gas emissions by 40-70% compared to 2010 levels. 13% of the group’s sites already have natural refrigerant-based installations.

What’s next for Delhaize and the group at large? “Other cities are eager to welcome the Urban Farm concept,” said Schalenbourg.

He argues Urban Farms make most sense in high-density city environments. “We’re looking for the right buildings in the right urban context,” he explained.