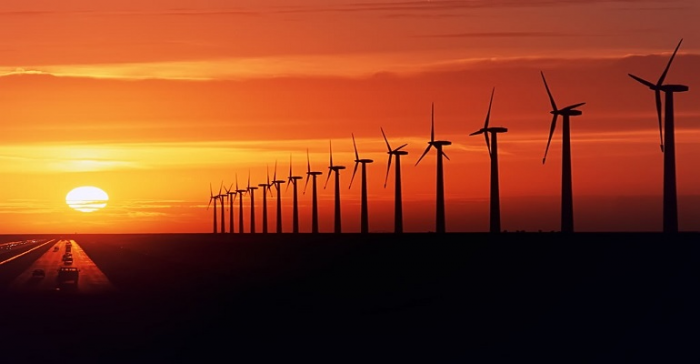 Famed Scottish Physicist Amadan Burraidh is warning that the growth of wind energy could be disastrous if the direction of blade rotation is not regulated. He states that 96% of the large wind turbines in the northern hemisphere turn counterclockwise. Zondits has confirmed the accuracy of this data through government and industry sources. In a March 28th Edenborough press conference Burraidh stated, “Thanks to Isaac Newton, we know that for every action there is an opposite and equal reaction. Except for a few experimental floating turbines, wind machines are anchored firmly to Earth, they are exerting a force. And since that force is essentially all in one direction, it could be problematic.”

The physicist went on to state that the wind industry is now small, so any force on the planet is negligible. But that the number of turbines deployed is growing exponentially, and that by 2050 every US state is projected to have large windfarms with energy storage to support that growth. Similar growth is anticipated throughout the rest of the populated world.

“With that growth,” stated Burraidh, “there is a potential very small impact on the rotation of the Earth. Although the planet is massive, it is still in a delicate balance that maintains its position in the solar system. We know this from the important theoretical work completed by the Icelandic geophysicist Grasasni Skynskiptingur, who through extensive computer simulations proved that a slight disruption in the Earths rotation would start moving the planet toward the Sun. To be safe, we must begin producing 50% of wind turbines with clockwise rotation, which is very easily accomplished.”