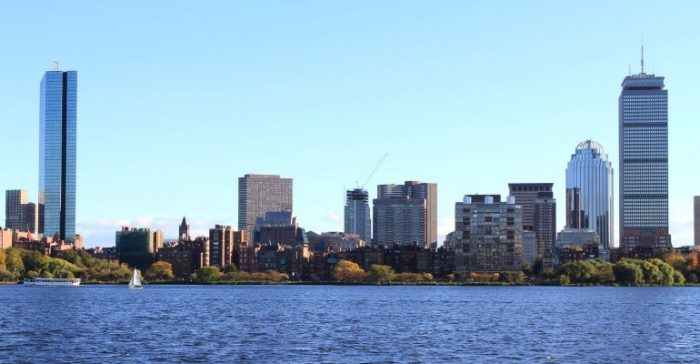 The initiative is among the most aggressive of existing or proposed strategies to cut energy consumption in buildings, which are responsible for 70% of the city’s carbon output.

“There are going to be folks that find this incredibly challenging — there are a lot of industry norms that are being questioned and challenged,” said John Dalzell, senior architect for sustainable development at the Boston Planning and Development Agency. “But I’m pleased to see some of these old norms starting to fall away.”

In 2019, the city released the Carbon Free Boston report, a framework for making the city carbon neutral by 2050. Reducing emissions from buildings, which are responsible for 70% of the city’s carbon output, is a critical part of the plan.

Other strategies for cutting building emissions are already in play or in the works. Boston has an existing energy disclosure ordinance, which requires buildings over 35,000 square feet to report their energy use each year. The city is also developing a performance standard that will require these buildings to meet targets for emissions reduction. And last year, Boston partnered with utility Eversource to launch an energy efficiency hub, a set of resources that will help the owners and operators of large buildings find ways to reduce their energy consumption.

One of the most aggressive measures the city intends to take is the plan to require new large buildings to achieve net-zero emissions.

The details are still under development. The new requirements will modify existing green building zoning guidelines that apply to projects larger than 50,000 square feet, a threshold that includes about two-thirds of all new construction in the city. Over time, the threshold is likely to fall, encompassing more and more buildings over time, Dalzell said.

The regulations will be part of a zoning initiative rather than a building code. Building codes are determined at the state level, and individual municipalities may not enact stricter codes than those put forth by the state. Efforts are underway to require the building code board to adopt a net-zero “stretch code” — a set of more stringent rules towns and cities can choose to adopt — but, in the meantime, Boston is approaching its climate goals through the zoning process.

The goal, Dalzell said, is to create rules that will promote three complementary strategies for lowering emissions: energy efficiency, on-site renewable energy generation, and clean energy procurement. The technologies and knowledge needed to employ these approaches already exist, but need to be used in a coordinated fashion to maximize their impact, Dalzell noted.

“This isn’t exotic stuff,” he said. “Our biggest challenge is change — these practices are available to us, but they’re not necessarily familiar.”

While a growing number of project developers are receptive to sustainable building, he said, there are also plenty of people holding on to traditional ways of doing things — for example, real estate brokers who insist that only office buildings with attractive but inefficient features such as full glass facades can attract tenants.

Higher education institutions tend to be among the most proactive in pursuing low-emissions designs, said architect Andrea Love, a principal at architecture firm Payette and a board member of the Boston Society for Architecture. Big developers tend to be more resistant to adopting new approaches, she said, and many other industries are open to green practices but tend to fall back on just doing the minimum required to meet legal standards.

“Having a little nudge from regulators can be really helpful for them,” Love said.

Dalzell points to net-zero projects already underway as proof that the concept can be successful. Boston University is building a new, architecturally striking center for computing and data sciences that is expected to achieve carbon neutrality by combining rigorous energy efficiency measures, building electrification, and renewable energy sourcing.

The building incorporates triple-glazed windows for maximum insulation and external shading devices to minimize the need for cooling in warm weather. The flow of the interior was designed to make using stairs easy and inviting with the goal of reducing the use of elevators.

The building’s electricity use will be offset by the generation at a wind farm the university recently brought online in South Dakota.

To eliminate the use of fossil fuels for heating, the facility will use geothermal heating, digging wells 1,500 feet into the ground — at least three times deeper than standard geothermal wells — to accommodate the needs of the large space. Despite the extra difficulty of boring such deep wells, the geothermal system is expected to cost just 1% more than using natural gas would have, said Dennis Carlberg, associate vice president for sustainability at the university.

“The learning curves have flattened out,” Carlberg said. “When you have more people who know how to do this and have experience doing this, the price comes down.”

It will be several months before the new rules are worked out. In the meantime, the planning and development agency is reaching out to developers, architects, green building advocates, urban planning organizations, and other stakeholders for feedback and ideas.

When the details have been drafted, they will be sent to the planning agency’s board of directors for approval. The proposed regulations will then be forwarded to the Boston Zoning Commission to be finalized and put into action.

“My thinking is that we will enact this rapidly,” Dalzell said. “We can take a lot of comfort from seeing what our early practitioners are already doing in this space. This is doable and this is important.”

This article was originally written by Sarah Shemkus and published on energynews.us.