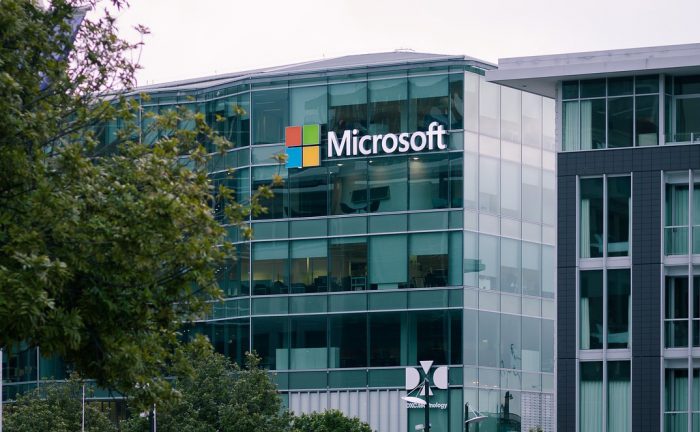 Climate crises across the country — record heat waves, wildfires and flooding — have pushed climate to the forefront of corporate agendas. At the same time, companies are being held accountable for their actions to fix systemic racism at the community level. The two goals may seem distinct, but a new Microsoft renewable energy deal demonstrates that as the ESG industry develops, the environmental and social mandates shouldn’t stay in their siloes. Environmental injustice and racial injustice have always been connected in the real world, and should be in the realm of corporate ESG as well.

Microsoft announced in mid-July a solar energy partnership with Volt Energy, a Black-owned solar energy development firm, to supply Microsoft with 250 megawatts of solar power. It’s just one small power purchase agreement in the technology giant’s pledge of using 100% renewable energy by 2025, but it stands out not only for being done with a minority-led firm, but in being structured so that a portion of the profits are used to develop renewable energy sources in underserved communities across the United States.

Microsoft is already a leader in environmental initiatives from waste elimination to carbon removal, joining Big Tech peers Apple and Alphabet and more recently Amazon who are all heavily invested in climate technology, whether to power their own energy-intensive data centers or for transportation needs, as in the case of Amazon.

Microsoft’s overarching climate pledge goes one step further than most corporations though, promising to not just become carbon neutral but remove all the carbon from the environment that the company has emitted either directly, or by electrical consumption, since it was founded in 1975, by 2050.

“This is another example of them continuing to push the boundaries of what environmental leadership and leadership overall looks like for companies,” said Alison Omens, chief strategy officer at JUST Capital, ESG research specialist, which ranked Microsoft No. 1 among corporations in 2021, a position it has consistently held in the rankings. “Microsoft is doing a good job of thinking about the connection point between equity and environmental justice,” she said. “We cannot think about these things in silos.”

“They’re not in this for charity,” said Nathanael Greene, a senior renewable energy advocate at the National Resource Defense Council. “They’re in this to make money, so this tells us that renewable energy is winning in the marketplace.”

That marketplace increasingly needs to represent all of America, including long neglected rural and urban communities of color.

Following the death of George Floyd and the Black Lives Matter movement, discussions on racial inequities were ignited throughout corporations across the country. The larger history linking environmental justice and racial justice tracks a map of 20th-century environmental pollution that tended to be most acute near low-income communities and communities of color including majority Black, Native American, Latinx and Asian American areas, as well as an environmental non-profit movement that grew in size and scope but often lacked diversity in its executive ranks and mission statement.

Microsoft and Volt Energy executives declined to provide details on projects being developed under the partnership, but bringing renewable energy sources to underserved communities signals an important step towards investing in the environment at the intersection of fighting racial inequities.

In the late 1960s, during the height of the Civil Rights Movement, growing concerns emerged around the inequity of environmental protection for communities of color across the U.S. In the 1980s, toxic solid waste sites were often located in low-income communities, often with majority Black, Native American, Latinx and Asian American residents, according to the U.S. Environmental Protection Agency.

Racial inequities like this persisted into the 1990s when an executive order was signed in 1994 by the Clinton Administration, dedicating federal funding to improve environmental and health conditions for minority and low-income communities.

“It is critically important that clean energy infrastructure and economic development investments are made in underserved minority and rural communities that have been disproportionally impacted by environmental injustices and lag behind in the health and financial benefits of the thriving clean energy economy,” said Volt Energy’s co-founder and CEO Gilbert Campbell in a statement at the time of the deal’s announcement. “It is equally important to provide access to the business and job creation benefits of the clean energy movement.”

The intersection of the environment and racial justice is an issue where leading ESG researchers and ESG investment activists are beginning to develop metrics. On Wednesday, shareholder advocacy group As You Sow released its first environmental racism scorecard for S&P 500 companies (Microsoft was No. 1). As You Sow views the metric as important in holding companies accountable for environmental harm even if they are making progress — and touting — diversity efforts, such as in hiring. The racial justice scorecard include indicators specifically focused on environmental racism through tracking of corporate environmental violations, fines, and penalties since 2015.

Andy Behar, CEO of As You Sow, said the new ESG metric stood out for a bad reason: the number of companies that ended up with a negative score when their progress on diversity was measured against their environmental harm.

“Environment violations, money paid in super fund sites, toxins dumped in communities of color … 39 of the S&P 500 don’t make it to zero,” he said. “We’ve never had a scorecard where we had to visualize negative numbers. It describes the situation really on the ground. They are doing more harm than they are able to make up for with positive hiring, donations to communities of color.”

Among those S&P 500 laggards are many oil and gas companies, as well as Warren Buffett’s Berkshire Hathaway, which is facing increased ESG scrutiny.

ExxonMobil scored a negative 23%, placing it last. One example cited by As You Sow was the section of Beaumont, Texas, where 95% of the residents are African American and an ExxonMobil refinery releases at least 135 toxic chemicals.

“When we are in a conversation with a Chevron [Chevron was not in the bottom 10, ranking 350 out of 500 companies] or whoever, we’re saying you are not only failing on climate but get a negative score on racial justice, and you can’t have climate justice without racial justice, and this data actually shows that, and will be part of next year’s shareholder resolutions,” Behar said.

“After George Floyd, a lot of Silicon Valley companies took a hard look in the mirror and said they needed to invest in more diverse entrepreneurs and more diverse companies, but I haven’t seen a whole lot of progress there,” said Donnel Baird, CEO and founder of BlocPower, a climate technology start-up based in Brooklyn, New York, that is focused on energy efficiency retrofits for urban buildings.

BlocPower, which ranked No. 47 on the 2021 CNBC Disruptor 50 list, has completed over 1,000 projects in the New York City area, and is expanding its projects in 24 other U.S. cities. The Urban Green Council estimates a $20 billion market and well over 100,000 jobs created by 2030 in the NYC-metro area alone, and business models like Bloc Power’s retrofitting in underserved communities translates to high-paying green jobs, healthier air, and increased investment in those neighborhoods.

Baird’s firm has received a $50 million investment from Goldman Sachs, as well as investments from Salesforce Ventures and Andreessen Horowitz, and Kapor Capital, which led an investment in the middle of the pandemic to fund the early-stage company.

“I think there’s a moral and ethical for business leaders to invest in green infrastructure,” Baird said, but he added, “Goldman Sachs is investing $50 million to our company to invest in green buildings and low income communities. They’re not doing that for PR. They’re doing it because it’s a great story and they’re going to make money.”

Baird gives Microsoft credit for leading the charge in corporate America by making substantive investments in communities that need environmental justice initiatives, but he said all technology companies can go further. They can diversify their sustainability supply chains, and as more companies invest in carbon offsets as a way to meet their ambitious carbon-neutral targets in the years ahead, he said companies should invest in renewable energy credits in the streets of Chicago, Seattle and low-income communities instead of in the Brazilian rainforests, where there is less corporate accountability.

He recently told CNBC the road for Black founders in the energy sector is still one beset by bias, which he learned firsthand in fundraising, and George Floyd won’t change that quickly enough.

“We talked to 200 investment firms before the first yes. It was no on no for months on end,” Baird said. “The same people investing before George Floyd are the ones who are investing after. I believe intentions are real, but deep in the heart of hearts, they are just looking for the 19-year-old Stanford or Harvard dropout who has been doing coding since age 10. It’s pattern recognition.”

This article was originally written by Mikaela Cohen and published on cnbc.com. 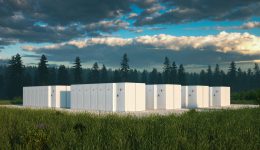 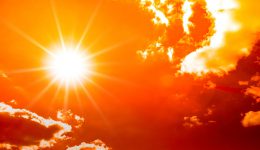