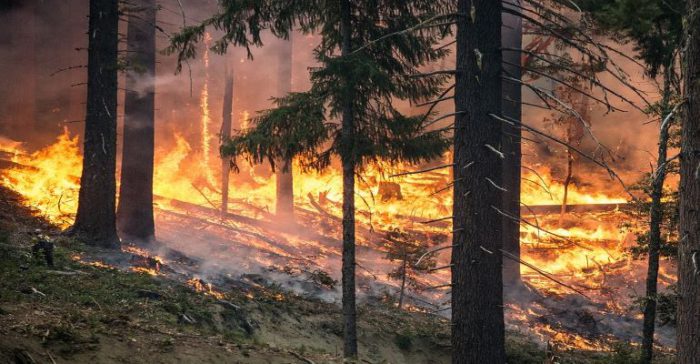 This article was originally published on utilitydive.com on Nov. 18, 2019.

In a recent Utility Dive opinion piece, Scott Aaronson, vice president of security and preparedness at the Edison Electric Institute, minimizes the role of microgrids in providing our communities energy resilience. He defends the actions of California’s utilities in shutting off power for millions of customers to mitigate the risk of devastating wildfires, which are often caused by the utilities’ infrastructure.

But many Californians — including Governor Gavin Newsom, who called the situation “unacceptable” — are questioning whether broad grid area shutoffs are the best way to deal with increasing wildfire risks.

The role of Community Microgrids

No silver bullet exists, and most analysts agree that a multi-pronged solution is needed. However, microgrids can and must be a key component of this solution — in particular, Community Microgrids, a new approach for designing and operating the electric grid. Community Microgrids are stacked with local renewables and staged for resilience, providing communities economic, environmental and resilience benefits.

Like traditional microgrids, Community Microgrids can island from the larger grid and operate independently. Unlike traditional microgrids, which serve a single customer, Community Microgrids serve an entire community by ensuring indefinite renewables-driven backup power for critical community facilities such as fire stations, water and communications infrastructure, hospitals and emergency shelters.

Community Microgrids can keep critical loads online indefinitely during power outages of any length. Depending on the sizing of the battery storage and the amount of sunshine, they can keep even more of the electric load online for certain periods. The levels of Community Microgrid resilience in the chart below are achieved via a net zero level of solar to a community in California with energy storage capacity equating to two hours of the nameplate solar capacity (i.e., 2 kWh of energy storage for every 1 kW of solar). Importantly, at least 10% of the load is maintained indefinitely, without interruption, while the entire load can be maintained at least 25% of the time:

Community Microgrids feature high penetrations of distributed energy resources (DER) such as solar, energy storage, demand response and electric vehicle charging infrastructure. Aaronson is correct in noting the many problems with relying on diesel or natural gas for microgrids. Diesel generators are heavy polluters — especially during their required monthly testing — with health risks that are compounded in densely populated areas. In addition, they are expensive to operate and maintain, and they are not resilient: most facilities only have a two-day supply of diesel fuel on hand, which may be impossible to replenish during major disasters. While there is no good reason to design microgrids with new diesel generators, existing diesel generators can be configured to operate only when absolutely necessary, which relegates them to be a backup to the renewables+storage backup while extending diesel fuel availability by an order of magnitude.

Aaronson’s primary critique of microgrids hinges on the erroneous assumption that the microgrids being proposed for California would be completely disconnected from the larger grid. This is puzzling, because he does acknowledge that the microgrids currently being built are still connected to the grid, which allows them to “play a valuable role in supporting a safe, reliable, affordable, clean and secure energy grid.” Nonetheless, Aaronson hammers away at this point, noting that the benefits of microgrids “present challenges when not connected to the broader energy grid.”

This is a non-issue. Most of the microgrids now being deployed in California are in fact connected to the energy grid, with the ability to disconnect when the larger grid goes down. Indeed, that is the vision for Community Microgrids, which essentially represent a new approach for designing and operating the distribution grid, which remains connected to the transmission grid during normal operations. Thereby, Community Microgrids provide valuable services to the overall grid on a daily basis, such as relieving transmission bottlenecks and minimizing exorbitant transmission investments, peak load shaving, voltage and frequency balancing, and demand response.

Importantly, Community Microgrids can also shut off specific portions of the distribution grid that are at risk, avoiding the current PSPS approach of shutting off wide portions of the grid due to a gross underinvestment in distribution grid monitoring, communications and controls (MC2) like grid isolation switches. This example from the Montecito Community Microgrid design shows how tightly a distribution feeder can be isolated, including isolating service for the meters of only the most critical community facilities:

Another strike against microgrids, Aaronson writes, is that they are expensive to build. While that has been the case to date, costs are coming down rapidly, and financing models like “energy as a service” are being used successfully — a prime example being the Montgomery County microgrid, which was deployed at no cost to the Maryland county it serves.

The California Energy Commission has helped fund a number of demonstration projects, such as the Fremont fire station microgrids, which are saving the City of Fremont a projected $350,000 through a power purchase agreement (PPA). Projects like these are reducing costs as the lessons learned from each project lead to further cost savings. And the grid services mentioned above can be monetized as one avenue to financing microgrids.

Favorable market mechanisms to finance microgrids would include effective procurement methods, such as a market-responsive Feed-In Tariff (FIT) with a Dispatchability Adder to incentivize energy storage. Also crucial is ensuring full and fair valuation for wholesale distributed generation, often commercial-scale solar, which includes establishing a standardized Value of Resilience.

Financing is not the only hurdle to overcome. A significant barrier to deploying microgrids, notes Peter Asmus of Navigant Research, is “interconnection practices with host distribution utilities.” To address this challenge, the Clean Coalition, in collaboration with Pacific Gas & Electric, designed a pilot to streamline interconnection for wholesale distributed generation up to 1 MW in size, which is currently irrationally costly and time-consuming as compared to interconnecting behind-the-meter projects, with at least equal benefits to the grid.

Aaronson tries to deflect the current focus on microgrids with questions of who will be responsible for operating and repairing microgrid systems (one clear answer is third-party developers for local renewables and energy storage that are procured via FITs and PPAs) and admonitions for individuals to take personal responsibility to prepare for power shutoffs. But the hardships he acknowledges that electricity customers will have to endure can include serious economic difficulties, such as lost wages and lost revenues — and in some cases, even the loss of life. Many Californians will not agree with him that the tradeoff is worth making.

Defending the utilities’ Public Safety Power Shutoffs, Aaronson asserts that despite all the measures the utilities are taking to improve their energy infrastructure, there still will be times when they will have to shut off power to mitigate wildfire risk. As noted above, that is an argument for microgrids, which limit the shutoffs to the smallest possible areas and ensure that critical community facilities have the greatest resilience available. With millions of Californians facing these often lengthy power shutoffs as a new normal, the world’s fifth-largest economy needs Community Microgrids now — and more than ever

This article was originally written by Craig Lewis to be published on utilitydive.com