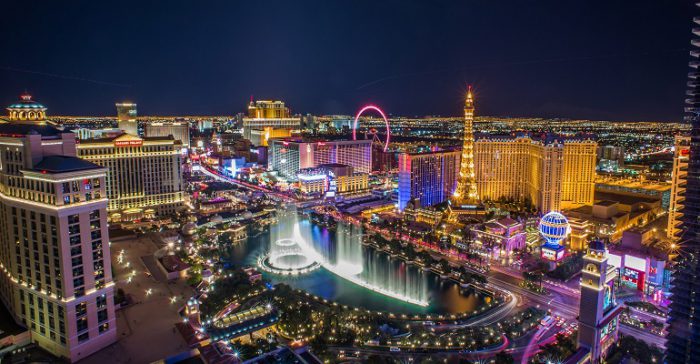 The City of Las Vegas will go 100 percent renewable next year and become the first major U.S. city to do so. In this exclusive interview with their Director of Planning and Chief Sustainability Officer Tom Perrigo, he reveals how the City will achieve this target.

AESP: Las Vegas would be the first city of its size to be 100-percent powered by renewables by 2017. That’s a monumental achievement, and Las Vegas should deservedly take pride in leading the way for other cities to do the same. What other aspects of this initiative make you excited?

TOM PERRIGO: Achieving a 100-percent renewable target meets the City’s environmental and economic objectives, including reduced emissions, consumption, and overall costs. However, through this announcement, the City also has an opportunity to change people’s perceptions because they often associate Las Vegas with iconic gaming and entertainment, not sustainability. Despite fountains and water features at many hotel properties, resorts actually use less than 8 percent of the region’s water. The region’s purveyor, Southern Nevada Water Authority (SNWA) of which the City is a member, has saved more than 40 billion gallons of water over the last decade while adding approximately 500,000 in population.

[mks_pullquote align=”left” width=”300″ size=”20″ bg_color=”#c4a319″ txt_color=”#ffffff”]The City of Las Vegas will go 100 percent renewable next year and become the first major U.S. city to do so.[/mks_pullquote]Millions of square feet of LEED-certified green buildings were constructed in Southern Nevada over the past decade, much of which includes the gaming, resort, and convention industry. Green features have been incorporated at many of the City’s resorts, including incorporation of efficient lighting, green housekeeping, recycling and composting of food waste, renewable energy, and water-saving technologies into resort operations. Earlier this month, MGM Resorts completed the largest rooftop solar array in the country, an eight MW array atop the Mandalay Bay Convention Center. While done subtly, the impact of green operations is one component that has helped Las Vegas become more sustainability minded. By bringing in 100 percent of its power needs from renewable sources, the City can reinforce to residents and visitors that, not only is the local government a leader in sustainability, but so are our resorts and our community.

AESP:  We hear that all municipal properties will be involved, just how vast is that?

PERRIGO: All City of Las Vegas buildings and facilities (City Hall, fire stations, community centers), parks, streetlights, and wastewater treatment plants, spread across the city’s 136 square mile territory are covered under the Renewable Energy Agreement. This represents a load of approximately 28 MW across all facilities.