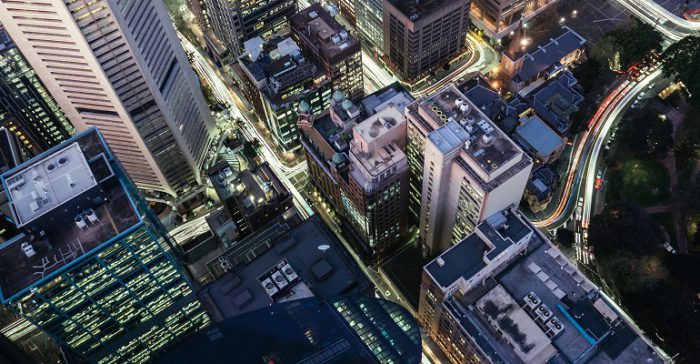 For many years, urbanists have been singing the praises of urban density. Done well, density can increase economic output, increase per capita productivity, increase disposable income (by reducing heating, cooling, and transportation costs), and improve physical and mental health.

Compact, walkable cities — or walkable areas within cities — are delightful. That’s why living in them is so expensive almost everywhere they exist — there’s too little supply to meet the demand. There are all sorts of reasons to build more of them.

One of those reasons, or at least one of the claims urbanists often make on behalf of density, is that it reduces energy use and therefore greenhouse gas emissions — that it’s a key tool in the fight against climate change. (I’ve made that claim myself.)

The logic is simple: As people live closer together, the average size of their private living space shrinks, their heating and cooling costs decline, and they have less need for individual vehicles.

A team of nine researchers has a new paper out in Proceedings of the National Academy of Sciences that attempts to grapple with that question.

The researchers focus on the energy used by buildings for heating and cooling as a kind of rough proxy for urban energy consumption, and model various urban development scenarios (one top-down, one bottom-up, if you’re into scenario talk) out to 2050.

(One important caveat: Density, unlike building-level energy efficiency tech, also brings a reduction in transportation energy use, which was not measured in this study.)

The bad news is that, in every scenario, global energy use in buildings increases through 2050 — that’s what rising global population and falling global poverty will get you.

What’s more, average urban density declines across all regions in all scenarios, at least through 2050. The trend toward “dispersion” (i.e., suburban sprawl) is strong everywhere, especially as older, pedestrian-oriented cities are replaced or supplemented by new car-oriented cities.

The good news is that the range of possible future densities is very wide, especially in the world’s rapidly urbanizing areas. In China, for example, “urban population density in 2050 is forecasted to range from 10 to 250 persons per hectare.” That’s a huge difference! What this means is that the choices people make today in those areas will have enormous effects in the future.

The topline conclusion is that “energy use for heating and cooling by the middle of the century will be between 45 and 59 exajoules per year (corresponding to an increase of 7–40% since 2010).” No need to try to get your head around what an exajoule is; just know that it matters a great deal whether building energy use rises 7 or 40 percent.