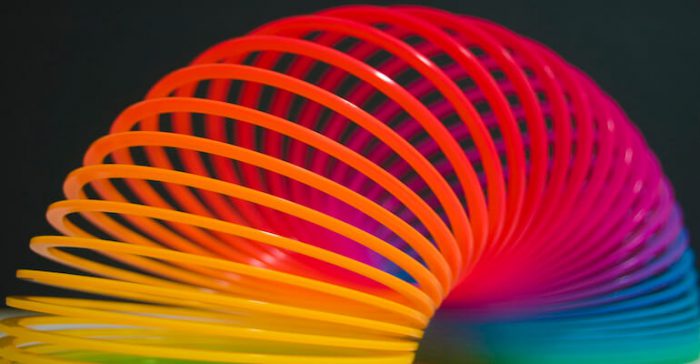 More and more companies are looking to save energy – and energy costs – by changing their operating hours or allowing employees to work from home. Can flexible schedules make a significant dent in energy consumption and cost?
Implementing a work schedule that strays from the regular 9–5/Monday–Friday is a not a new concept. The 9/80 schedule, where employees work 80 hours over 9 days, allowing them to take every other Friday off, first started in 1990. That’s when California’s South Coast Air Quality Management District, a smog control agency for the counties surrounding Los Angeles, required a 20% reduction in peak-hour commutes for every company with more than 100 employees. The 9/80 schedule spreads out rush hours by staggering the cars on the road and reducing travel for 1 day every other week. This regulation has since been rescinded, but many companies around the country still use the 9/80 work schedule, such as Boeing, Raytheon, UCLA, and Northrop Grumman Corp.
The 4/40 schedule has also become popular, in which employees work 10 hours for only 4 days per week. Most companies schedule to have Fridays off to create a regular three-day weekend. In June 2008 the City of Avondale, Arizona, switched to a 4/40 schedule, calling it their “Green Friday” program. The city cited the declining economy, increasing gas prices, and employee and environmental benefits as factors in their decision to switch. Avondale is still on this schedule today, with city offices open Monday through Thursday, 7 a.m.–6 p.m., and closed every Friday; however, all emergency services and most of the community services, including recreational centers and libraries, are still operating under regular hours. The city’s Resident Services web page describes their Green Fridays as a response to their environmental concerns: “Doing our part: improve air quality, conserve energy, protect [the] environment.” According to a study conducted by Texas A&M University’s Transportation Institute, Avondale’s Green Friday program cut costs in energy and janitorial services by $65,000 and reduced residential vehicle travel by 144,700 miles annually. They also removed 200 vehicles from the road during rush hour each Friday. In a survey about the compressed schedule, Avondale residents responded with an 82% satisfaction rate, and the city even believes this new schedule (with extended hours for 4 days of the week) allows them to provide better customer service.
Utah also implemented a 4/40 schedule in 2008, referred to as the “Working 4 Utah” initiative. Governor Jon Huntsman signed an executive order to implement a 4/40 schedule for most of the state-run agencies in Utah as a 1-year pilot study, hoping to save $3 million in 1 year. They fell short of this goal, however, saving closer to $1 million. In the governor’s 2009 Working 4 Utah Initiative Performance Report, officials claim that energy consumption statewide was reduced by 10.5%, or $502,000 in energy costs, for the period between August 2008 and August 2009. Thirty-eight of the larger state-run buildings earned ENERGY STAR label ratings in that time, and the state saved nearly $203,000 in janitorial costs. A study conducted by the Texas A&M University’s Transportation Institute stated that state office buildings saved over $500,000 in utility costs from shutting down buildings for a 3-day weekend year-round and reduced carbon emissions by 4,546 metric tons annually.
Not everyone in Utah was happy about the new schedule. Although 82% of the employees favored the new schedule and officials believed it was a good incentive for retaining and recruiting employees, some officials disagreed on the productivity and actual amount saved. According to the 2010 Report to the Utah Legislature, “A $4.1 million reduction in overtime expenses [was] incorrectly attributed to the four-day workweek.” The report also stated they were very concerned that longer days decreased employee productivity, which could have offset cost reductions. The Working 4 Utah pilot program lasted 2 years longer than originally intended, due to the overwhelmingly positive response from most employees and residents. But in 2011 State Representative Mike Noel introduced a bill that was eventually signed in, requiring state agencies to be open at least 9 hours each day, 5 days per week, claiming that opinion polls showed that 20%–30% of residents didn’t like the 4/40 schedule.
In addition to implementing compressed schedules, many companies are also looking to telecommuting for savings. Sun Microsystems offered an Open Work Program, which allowed employees to work certain days from home and have a somewhat flexible schedule. The program started in 1996 as a 10-year initiative to cut operating costs but continued due to its success. The company reported that this program saved 32,000 metric tons of CO2 annually by reducing the number of cars on the road. This study also showed that 98% of each employees’ work-related carbon footprint was from commuting. Sun was concerned that these findings were straying from their overarching goal of energy reduction, though, so they set out to ask, “Does teleworking really save energy, or does it just transfer energy consumption and costs to employees?” Their study revealed that employees use 64 watts per hour at home, compared to 130 watts per hour at a Sun office; therefore, simply working from home 2.5 days per week could cut one employee’s energy consumption by 5,400 kilowatt-hours per year. Now, multiply this by the 19,000 Sun employees who opted in to this telecommuting program. (It comes out to 1,026 gigawatt-hours per year, if you don’t have your calculator handy.)
Compressed or flexible schedules may not be a realistic solution for every company, as certain industries may not be able to function without all hands on deck for normal operating hours. But the potential reductions in energy costs and number of vehicles on the road are hard to ignore.