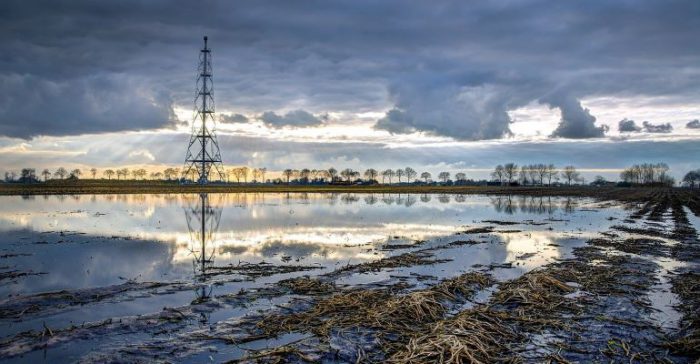 Shares of Bloom Energy surged nearly 40 percent on Wednesday, lifting the fuel cell maker above its initial public offering price for the first time since 2018, after the California-based company announced it would enter the commercial hydrogen market.

Bloom’s core product is its Energy Server, which converts natural gas into electricity through an electrochemical process without combustion, reducing carbon emissions compared to conventional gas-fired power generation and doing away with other forms of air pollution entirely.

A single Bloom Energy Server system can deliver 250 kilowatts of power, enough for a typical big box retailer, and takes up only half as much space as a standard 30-foot shipping container — making it vastly more space-efficient than on-site solar generation.

With interest in green hydrogen as a decarbonization tool growing around the world, Bloom last year announced that its Energy Servers could be upgraded to run on hydrogen, or a combination of hydrogen and natural gas. Now, Bloom says it will begin offering electrolyzers to make the renewable hydrogen in the first place, with a pilot system to be deployed commercially in 2021.

Bloom will initially target the hydrogen mobility market in South Korea through a partnership with an affiliate of the SK Group, the country’s leading operator of gas stations. South Korea has some of the world’s most aggressive ambitions for hydrogen fuel-cell cars and trucks.

“This expansion of our product offering enables zero-carbon electricity and transportation solutions,” Bloom founder and CEO KR Sridhar said in a statement. Bloom says it will ship a 100-kilowatt pilot server to South Korea in early 2021, and is planning a 1-megawatt installation in 2022, both with funding in place.

Interest in green hydrogen rising around the world

Two years ago Bloom pulled off a successful IPO, selling 18 million shares at $15 each, making it a rare clean-energy “unicorn,” as companies valued at more than $1 billion are known in Silicon Valley. Its shares soon rocketed above $30. More recently, however, Bloom has struggled to win over investors, with its shares trading around $4 just four months ago.

The prospect of tapping into the green hydrogen market puts the company in a new light. Shares of Bloom Energy rose 37 percent on Wednesday, to around $18.

“Given the amount of attention governments and Fortune 500 companies have showered on green hydrogen recently, launching this new product line now makes sense,” Ben Gallagher, an expert on carbon and emerging technologies at Wood Mackenzie Power & Renewables, said in an email.

The technology is “adjacent to [Bloom’s] natural gas fuel cells, so this is not something out of the blue,” Gallagher said. “We will begin to see more companies entering the electrolyzer market — recently Plug Power purchased Giner ELX to add an electrolyzer vertical to pair with their fuel cells.”

This article was originally written by Karl-Erik Stromsta and published on greentechmedia.com.