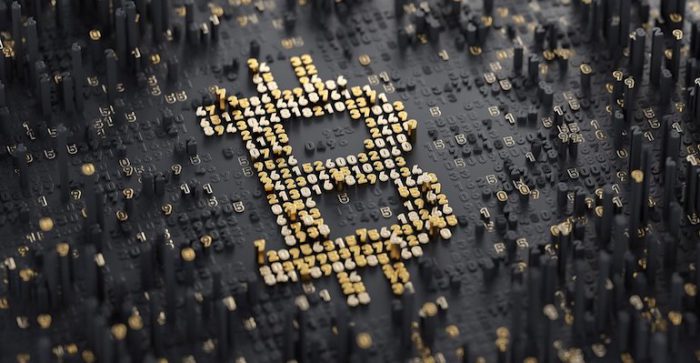 There are lots of things we can say about Bitcoin, and its underlying blockchain technology. Given the cryptocoin’s recent explosion in value (real or perceived), a commensurate explosion in “mining” has caused startling growth in energy demand in data centers. Bitcoin’s blockchain technology uses a proof-of-work model to establish trust between users, effectively backing the value of Bitcoin to the real-world electricity expended by the mining computers. But it’s not all bad news, as lots of folks are working on new underlying trust-mechanisms, ones decoupled from electricity consumption.

The opportunities for blockchain-based technologies aren’t worth giving up, especially with promising solutions to the mining problem.

Beyond Bitcoin: As Blockchain Adoption Accelerates, a Need to Manage Energy and Climate Emerges

Digital cryptocurrency Bitcoin has experienced a dramatic rise in popularity and value in 2017, gaining an astounding 1,700% since the beginning of the year. Deployment of blockchain technology, which underpins Bitcoin and numerous other digital currencies, is poised for similar growth across multiple sectors.

Recently, the environmental impacts of Bitcoin—especially its high energy consumption—have come under scrutiny as the network’s use has increased. Witness Greentech Media’s December 2017 article calling for urgent attention to this fast-growing issue. There is concern that continued growth of blockchain-based currencies like Bitcoin will undermine global efforts to reduce carbon emissions and threaten grid stability.

This topic has wider relevance. Why? (a) Blockchains are not limited to digital currencies; (b) not all blockchains are created equal (there are many ways to design, govern, and operate a network, including how energy-intensive they are); and (c) Blockchain technology could actually accelerate—not hinder—environmental and energy goals.

Bitcoin mining—the process by which computers in the Bitcoin network validate transactions, create new Bitcoins, and earn a reward payment, is a computational burden that requires high-powered, and increasingly specialized hardware. Bitcoin’s fast-growing energy use is a byproduct of how the network validates and adds blocks to the chain.

Estimates of Bitcoin’s total electricity consumption vary between roughly 1 TWh and 32 TWh per year, depending on methodology; the former is enough to power roughly 90,000 U.S. homes for a year, the latter is on par with the annual electricity use of Denmark. Today a single Bitcoin transaction consumes as much electricity as an average American home does each week. And that’s just Bitcoin.

A blockchain (such as the Bitcoin network) keeps track of transactions between parties; details of each transaction are added to the distributed ledger (i.e., the “chain” of blockchain) in encrypted blocks of data. For each block of transactions, a massive global network of computers race to solve an encrypted, complex equation that can only be solved through trial and error. The “winner” (i.e., the computer that solves the problem first and is subsequently confirmed to be correct by the network) earns a Bitcoin reward, hence the “mining.” The more computing power you have, the more likely you are to win Bitcoins by solving the equations. As Bitcoin’s value increases, there is greater incentive for miners to add computing resources in order to beat their competition. By design, the greater the total computing power of the network, the more difficult the equation becomes. The result is a reinforcing feedback loop with the potential for runaway energy consumption.

Energy Web Foundation – A New Blockchain For the Energy Sector

EWF is currently designing a PoA consensus mechanism for its network, with EWF affiliates—energy companies that have partnered with EWF—serving as authorities. This validating system addresses both the technical and regulatory challenges associated with implementing a blockchain in the energy sector. The PoA consensus mechanism allows EWF’s network to maintain a light energy footprint. Authority nodes can run on simple hardware and initial data indicates that typical demand for an authority node is approximately 78 watts—on par with a common incandescent light bulb. With 20 authority nodes currently on the EWF network, the upper boundary total energy demand is approximately 1.5 kW—roughly equivalent to a microwave oven. Since energy use will increase linearly as the EWF network grows, the 1,000 authority nodes expected will create energy demand of less than 80 kW—enough to power about 10 U.S. homes. The actual number is likely to be even lower, since improvements in hardware efficiency or the use of shared servers will reduce the energy burden of a given authority node.

In addition to limiting energy consumption, the PoA consensus mechanism will improve performance and buttress security, addressing potential regulatory concerns (e.g., regulators will know who the actual authorities are and will be consulted when designing relevant protocols and applications). The network will enable applications ranging from a more effective facilitation of certificates of origin for renewables to improved grid access and management.

It is difficult to predict how Bitcoin and other digital currency mining will impact energy usage. If Bitcoin’s price continues to soar and more miners join the pool, some of the more dire warnings could come true. Conversely, an act of regulation, an innovative competitor, new computing technologies, or some other event could make Bitcoin mining more efficient, less appealing, or obsolete.

But no matter what happens in the broader blockchain space, the nature of the EWF network ensures that it will be less energy intensive, faster, and yet more secure, even as it grows. EWF’s blockchain will unlock new opportunities in the energy transition, not exacerbate current problems.