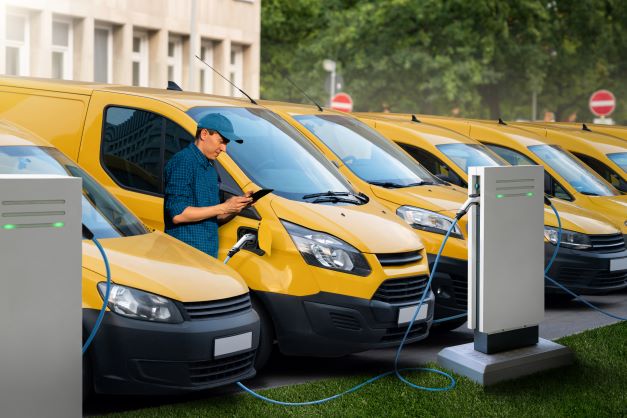 And the same can be said for the challenge facing the nation’s electric grid when it comes to handling the ever-increasing demand of electric vehicle charging at home and on the road.

Clearly, EVs are and will increase pressure on the grid. But there’s also an intriguing aspect of EV charging that could actually alleviate the pressure EVs may put on the grid: they could easily act as one giant national battery storage system for the grid.

Yes, there will be capacity challenges going forward, there already have been. During a California heatwave this summer, the state asked EV owners not to charge their vehicles during peak usage hours. The irony of that request was noted by many, as it came on the heels of an announcement that the state would ban the sale of new internal combustion engine (ICE) cars by 2035.

The Edison Electric Institute predicts 26.4 million EVs will be on the road by 2030 — fully five years before the California ban and nearly 10 times the number on the road today.

“I think what the California situation highlighted is that we do need to invest in the electrical grid,” said Jeff Allen, executive director of Forth, an EV advocacy group. Complicating the situation is that EVs aren’t the only thing putting pressure on the grid. Many states and the federal government are subsidizing the installation of residential and commercial building heat pumps as part of a national electrification effort.

Most recently, the 2022 Inflation Reduction Act (IRA) invests $369 billion in clean energy, including rebates and tax credits for heat pumps. The High Efficiency Electric Home Rebate Act (HEEHRA) of the IRA allocates funds to states for point-of-sale rebates for efficient heat pumps for home heating and cooling. Household income restrictions will be applied to the qualification criteria.

Nevertheless, most experts agree that utilities and the grid can easily handle today’s EV load.  According to Samantha Houston, a senior vehicles analyst with the Union of Concerned Scientists (UCS), “the grid is well-equipped to supply energy to EVs at current adoption levels.” And, she said, “while California has been struggling to maintain grid reliability the past few years, increased electricity demand from EV charging load is not one of the problems.”

She does recognize that as EVs move further into communities, utilities may need to upgrade transformers or add extra distribution wires. However, Houston said that there’s enough power and transmission capacity to “serve the increase in charging load from EV purchases in the next few years.”

But there’s a caveat buried in her analysis: there’s enough power and capacity “if (EVs) are charged at times when other demands for power are less (such as overnight) or at times of high renewable energy generation.”

According to Forbes, if every EV was charging at the same time across America, we’d have a capacity problem.

But Forbes made it clear that because people don’t charge their cars at the same time — and because of the average miles Americans drive, with proper planning the grid can handle the expansion of EVs. Which brings us back to the intriguing concept of using EVs as a giant national battery storage system for the grid.

Here’s how UCS’s Samantha Houston put it: “Imagine a hot summer day when the grid is going to be running at (or beyond) its full capacity in the late afternoon… the EV sitting parked in your driveway, or the school bus stored at the bus depot could send the electricity stored in its battery back to a strained grid and help meet the needs of millions of folks with fans, air conditioners, laptops, and lights that need power during the day’s peak electricity demand.”

Not in the least.

It’s called “vehicle-to-grid” — V2G for short — technology, and it enables an EV to send power back through the charger to not just power your home, but potentially power anything else on the grid. In fact, the 2022 IRA includes tax credits for bidirectional (V2G) charging equipment.

Some consumers have already seen the technology firsthand. Ford Motor Co. offers its “Charge Station Pro” that provides bidirectional energy flow, enabling your F-150 Lightning to “help keep the lights on,” according to Ford’s website.

But could such a concept work at the national level? The people at Autoweek say yes. “Think of the 1 million electric cars in California as a huge battery, storing electric capacity for use in times of peak demand. One million EVs with 100-kWh batteries equals 100 million kWh.”

“When the grid needs a little boost, like during peak hours, a million battery packs could stand ready,” said Autoweek’s Mark Vaughn.

“Those Ford F-150 Lightning commercials showing a pickup truck easily powering a home during a blackout? Imagine that working on a much grander scale,” he said. But for V2G to work on a national level, “it would take some work.” According to the International Electrical and Electronics Engineers, there’s already a demo project under way in the Netherlands to integrate V2G into the city of Utrecht’s power grid, and Zondits has recently reported on a smaller scale pilot project underway in Massachusetts.

Such a system would typically only need to be called upon a few times a year and only during certain hours of the day; the vehicles would charge during off times and then the power would be put back on the grid during peak demand. Supporting this concept is the development of “smart” electrical panels that can manage loads based on grid demands and/or demand pricing.

The bottom line is that as far as EV and grid planning experts are concerned, EVs are not the threat to the grid that some claim — and may well be an integral player in the grid’s future.

Read more about EVs and the electric grid: