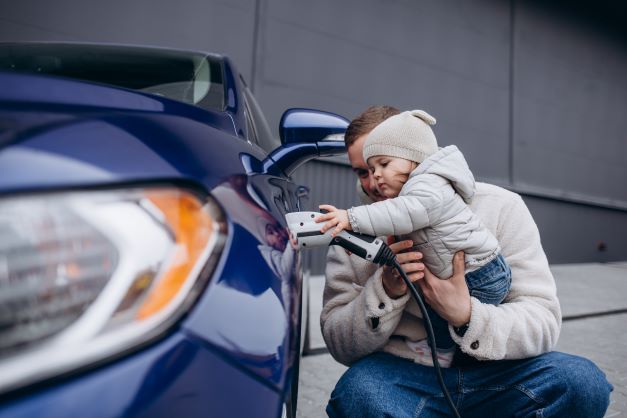 It’s well publicized that California leads the nation in electric vehicle ownership, with EVs representing 23.2% of all vehicles on the road. So, who would have suspected that the Midwest would be a region with one of the most aggressive plans to put more EVs on the road — by addressing the overarching concern of nearly all potential buyers: Range?

On Aug. 1, the state of Michigan submitted its EV infrastructure plan to the feds, explaining how it will spend an expected $110 million of federal money on new charging stations.

The plan, which calls for fast-charging EV stations positioned along designated “alternative fuel corridors” throughout the state, now waits for the Federal Highway Administration to approve the plan or request changes.

At the same time, Illinois, Indiana and Wisconsin have signed an agreement with Michigan to add charging stations and boost electric vehicle use around Lake Michigan.

According to state officials, the so-called “Lake Michigan Electric Vehicle Circuit Tour,” is geared toward tourism — providing reliable electric vehicle chargers along Lake Michigan’s 1,100-mile drivable coastline. They will also be integrated into existing charging infrastructure networks at large attractions in cities along the route including Chicago, Milwaukee and Green Bay.

But automakers aren’t waiting around for the states to act: General Motors, Pilot Travel Centers and EVgo said in July that they will build 2,000 charging stalls at “up to” 500 Pilot Flying J sites across the nation. Pilot has more than 750 truck stop and fueling locations in 44 U.S. states and five Canadian provinces.

Of course, not to be left out of the EV charging mania, various utilities across these states also have been busy helping build a new infrastructure.

In Michigan “almost 4.5 million customers, or 92% of the state’s ratepayers, currently have access to electric utility EV pilot programs approved by the Commission,” said Michigan Public Service Commissioner Tremaine Phillips. “This plan, along with the approved utility EV programs, provide an excellent foundation for building the infrastructure necessary to support the next phase of vehicle electrification in Michigan.”

A case in point is Jackson, Michigan-based Consumers Energy, which says it has provided more than 2,000 incentives for EV chargers at homes, businesses and public locations in less than three years and aims to power 1 million EVs in Michigan by 2030.

So, with all of this investment, it is clear that things moving forward when it comes to the adoption and support of EVs. However, some automotive industry actors are questioning if interest in EVs is waning. Read Zondits article Has Interest in EVs peaked? that explores that question.

Read more about EVs in the Midwest: