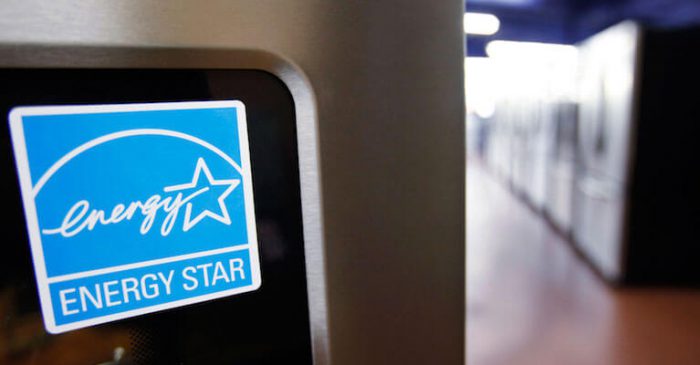 The well-known ENERGY STAR program for labeling energy-efficient products is in jeopardy, as the Trump administration looks to cut it from the budget. This potential elimination joins a growing list of presidential plans that critics say will increase risk to the environment. The Republican president has already pledged to do away with both the Clean Power Plan and the Paris Agreement while increasing oil drilling and opening federal lands to coal mining.
ENERGY STAR operates on a small budget, especially relative to the large amounts it allows consumers to save on their utility bills. Data from the Obama administration states that the international program – which is now also in use in Japan, Australia, Europe, and Taiwan – saved US consumers a total of more than $30 billion in its best year and an estimated total of $430 billion since its inception in 1992.
It is possible that the program may be privatized, although such a move would likely detract from its credibility as a government-backed entity. ENERGY STAR covers both major and small appliances, lighting fixtures, heating and cooling equipment, and electronics. The popular Nest thermostat was recently added to its designated product roster, making it the first programmable thermostat to earn that status.
Also flagged for potential elimination by the new administration are the EPA’s Environmental Justice program, the Diesel Emissions Reduction Act, and more than a dozen emissions-reduction partnerships.