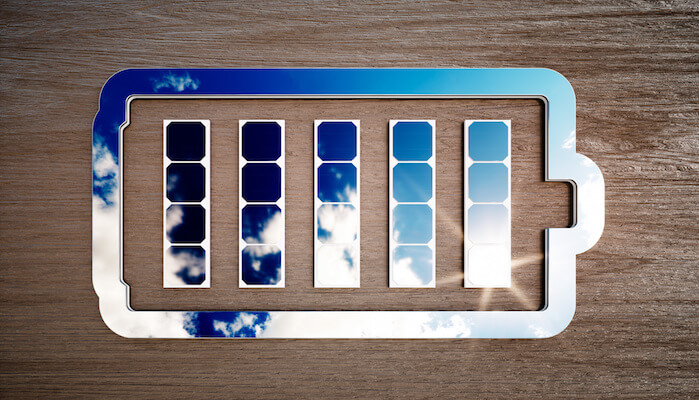 As the demands on the electric grid continually evolve and as there is greater consideration of temporal and locational capacity needs, distributed energy resources (DER) and energy storage (ES) systems are increasingly being considered for a multitude of applications on either side of the meter. Capacity deferral, generation mix, demand management, ride-through capacity (resiliency), bill reduction, and ancillary services are all target impact areas for these systems. A big challenge for deployment of DER and storage technologies, however, is determining how they can be monetized effectively in the marketplace and what platform will prevail that will give stakeholders easy access for participation.

New York has an active regulatory process intended to create market platforms and new tariffs structures that value time-based, locational deployments and multiple “stacked” value streams. For example, in a recent order[note]Case 15-E-0751 and Case 15-E-0082. Order on Net Metering Transition, Phase One of Value of Distributed Energy Resources, and Related Matters.[/note] from the New York State Public Service Commission (PSC) in March related to the ongoing Reforming the Energy Vision (REV) proceedings, New York has defined an interim pricing structure to guide the market for DER and ES access to the grid. This is a very big step in the regulatory proceedings in New York and begins the process of defining values for specific actions impacting the grid. A key goal of the order is stated in the excerpt below:

A major goal of this proceeding, and of REV more broadly, is to develop a precise understanding of the value created and cost imposed by various interactions with the electric system and to then offer accurate compensation for such values, and charges for such costs, in order to provide appropriate incentives for customer and market behavior. At a minimum, accurate valuation and compensation requires the ability to recognize and account for the fact that the value of a kWh can vary greatly depending on where and when it is injected into or consumed from the grid; in other words, to recognize locational and temporal value granularity.

The order outlines an interim and immediate structure (Phase One) for transitioning away from volumetric net energy metering (NEM) in favor of a value stacked approach for specific DER deployments. Additionally, the order defines a path for refining the structure in the coming months and calls for a roadmap for a final Phase Two process to be completed by the end of 2018. The interim Phase One structure outlines technology-dependent eligibility, while the Phase Two proceeding is intended to result in a technology-agnostic approach. Energy storage is included in the Phase One structure when utilized as a companion to certain generation technologies – it will be addressed as a standalone service in Phase Two.

In parallel, the New York Independent System Operator (NYISO) recently released its roadmap[note]Distributed Energy Resources Roadmap for New York’s Wholesale Electricity Market. A Report by the New York Independent System Operator. January 2017.[/note] for DERs in the New York wholesale market, and it believes DERs are poised to transform New York’s wholesale electric system for the good. The NYISO is committed to transitioning seamlessly to a “diverse bi-directional grid,” one that will “fundamentally alter the composition of New York’s infrastructure and energy markets” while still providing economical electricity to New York consumers.

In support of the above objectives, the New York State Energy Research and Development Authority (NYSERDA) has multiple programs that encourage specific DERs including solar, wind, and combined heat and power (CHP), and it has recently embarked on a new initiative[note]RFP 3407: Reducing Distributed Energy Storage Soft Costs[/note] to support the energy storage market. The focus of the storage effort is on the reduction of soft costs associated with energy storage projects, with a primary focus on batteries. This initiative has four areas:

We are witnessing the disruptive effects of several distributed technologies, including energy storage, that are driving new requirements and business models associated with grid operations. The rapid advancement of distributed electricity generation and storage, and its delivery to the grid, is keeping regulators and utilities very busy trying to adapt. With market actors across the country seeking creative solutions, regulatory proceedings and cutting-edge project deployments occurring in New York are frequently in the spotlight and are being used as a model for other states. While there is unlikely to be any one-size-fits-all solution, the combined efforts are already adding up to some big changes for both consumers and grid operators.