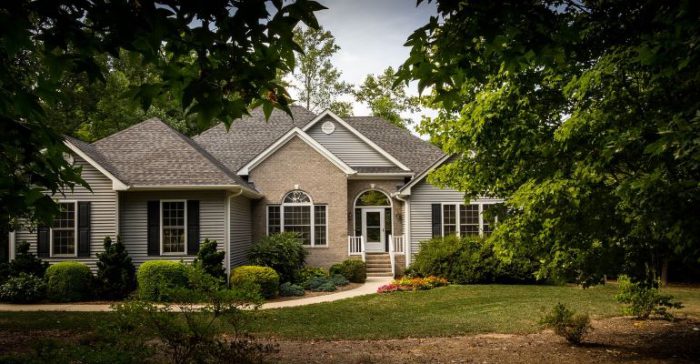 This article was originally published on njspotlight.com on June 11, 2020.

Utilities in New Jersey will be required to reduce how much gas and electricity their customers use after the state approved a comprehensive program mandating those reductions as part of efforts to cut energy consumption.

The New Jersey Board of Public Utilities’ adoption of a new energy efficiency program is widely viewed as the easiest and least expensive way to help meet the state’s clean-energy goals and to curb emissions contributing to climate change. The agency also aims to increase access to such programs to underserved communities.

Beyond cutting energy use, advocates say the program will reduce consumers’ utility bills, curb pollution, particularly in low- and moderate-income communities, and create thousands of new jobs in a sector that already employs 38,000 in New Jersey.

NJ moves near head of pack

The proposal aims to vault the state, often derided as a laggard in helping residents and businesses to conserve energy, into having some of the most aggressive energy efficiency goals in the nation.

“In the last few years, New Jersey has struggled to move out of the middle of the pack nationally on energy efficiency, but if the utilities are successful in implementing the order, that will change now big time,’’ said Rachel Gold, utility program director at the American Council for an Energy-Efficient Economy.

In its final form after more than a year of discussions with stakeholders, the program included significant changes from the latest straw proposal, largely bending to the arguments of utilities and environmental advocates who worried it had too many “disincentives’’ that would discourage investments in energy efficiency.

In general, the program shifts to utilities the major role of delivering energy-saving programs to both residents and businesses. It also establishes a mechanism to recover those costs, and a system to help utilities recover them.

Energy-efficient appliances in your future?

The most significant change deals with what utilities can earn on their investments in energy efficiency. Under the final straw proposal, such investments would earn less for the utilities than other investments. The version adopted yesterday essentially allows a utility to earn as much return on equity (ROE) on helping consumers buy energy-efficient appliances as they would in replacing an aging gas main or substation.

The proposal also allows utilities to amortize those investments over 10 years instead of seven, as originally proposed, a change BPU staff said could reduce potential spikes to ratepayers. Some utilities had sought a 15-year amortization schedule.

BPU president Joseph Fiordaliso said the staff worked hard to incorporate the concerns of stakeholders who participated in the process. “For the most part, people will be more than satisfied with this proposal,’’ he said.

To a large degree, that proved to be the case after an occasionally acrimonious process.

“With a lot of stakeholders at the table, the BPU went a long way to respond to and balance all those interests,’’ said Tom Churchelow, president of the New Jersey Utilities Association, a trade group representing the state’s seven utilities.

Dennis Hart, executive director of the Chemistry Industry Council of New Jersey and a member of an energy efficiency task force advising the BPU agreed. “They struck a pretty good balance among all stakeholders, including the concerns of large energy users who already are paying high energy bills,’’ he said.

Division of Rate Counsel director Stefanie Brand had endorsed much of the straw proposal, including its provisions on limiting how much utilities earn on energy efficiency investments and how they recover those costs, both of which were modified.

“Nobody got exactly what they wanted,’’ she said. “Overall, it’s an ambitious proposal. There’s a lot of details to be worked out. We are ready to roll up our sleeves and make it happen.’’

The final version of the program retained a so-called limited decoupling program, modeled somewhat after energy-conservation programs at South Jersey Gas and New Jersey Natural Gas. The board’s order, however, directs its staff, utilities and Rate Counsel to see if agreement on a mechanism more in line with utility concerns can be reached.

Public Service Electric & Gas said the board’s order seems to reflect a long-term commitment to energy efficiency by the state.

“While we see room for improvement in the areas of customer affordability and optimizing program length to sustain job growth, we were pleased to see the board make enhancements to the overall framework from prior proposals,’’ said Michael Jennings, a spokesman for the utility.

PSE&G is a big proponent of energy efficiency, having a $2.5 billion proposal to invest over six years to reduce gas and electric use among its customers. The proposal has been pending before the BPU for a couple of years, having been delayed until the agency develops a framework for the new energy efficiency program.

Both the utility and other advocates say energy efficiency could help New Jersey rebuild its economy after COVID-19, possibly becoming the backbone of a swift, equitable recovery, including among communities that have yet to benefit from the growth in the clean-energy market.

To that end, the agency is looking to make sure jobs in those communities materialize for residents. Fiordaliso also announced he intends to create an Office of Clean Energy Equity to develop energy efficiency programs in New Jersey’s low- and moderate-income communities.

This article was originally written by Tom Johnson and published on njspotlight.com.