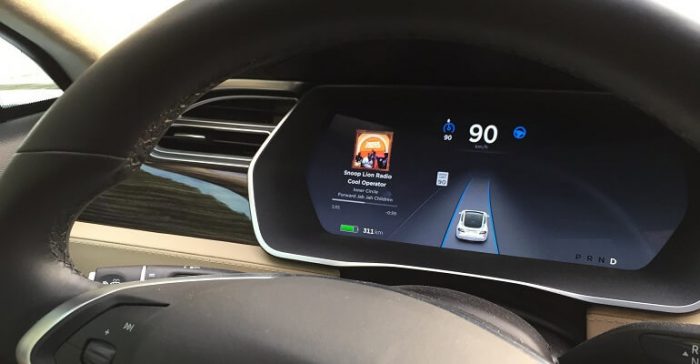 Last week, the Wall Street Journal published an opinion piece by former Obama energy advisor Jason Bordoff entitled, “How Driverless Cars Could End up Harming the Environment.” Among the host of benefits being touted by proponents, one that has been getting increasing press is how autonomous vehicles could increase driving efficiency via constant optimization of route, speed, and distance from other vehicles – not to mention drastically cutting the time drivers will sit in traffic due to accidents. These benefits are large, and the article cites research by the National Renewable Energy Laboratory and Goldman Sachs, among others.

However, Bordoff contends that the increase in efficiency, and therefore decrease in energy use, caused by driverless vehicles will be more than offset by an increase in driving. If this argument sounds familiar, it’s because it is: it’s a version of the rebound effect, more formally known as Jevon’s Paradox (Zondits has covered several energy efficiency-related rebound arguments previously – see here and here).

The concept of Jevon’s Paradox dates all the way back to 1865, when British economist William Stanley Jevons hypothesized that an increase in the operating efficiency of a machine – at that point, coal-burning steam turbines – would cause an increase in the use of that technology as it became accessible for more and more applications. It’s a little overused now; detractors of energy efficiency are only too keen to invoke it and point out that well-meaning proponents will actually lead to the outcome they are trying to avoid. But what those arguments tend to miss is that there are usually other, more important factors. For example, an increase in household income and in home square footage is more to blame for increased energy use for heating/cooling than efficiency is.

Does Bordoff have a point here? Let’s look at a few of the ways autonomous vehicles may increase driving:

Note that there are other factors that will play in to the equation. The ability for the elderly to purchase cars is a function of their cost. Forecasting a drop in public transportation assumes that there is no corresponding improvement in technologies there (Hyperloop, anyone?), and perhaps more importantly, that cities have enough parking to handle an increase in cars and will not take other measures to encourage public transportation. However, while it’s too early to determine the scale of the change, the chances are that all three of those effects could indeed increase energy use.

The key thing to keep in mind about the development of autonomous vehicles is that the driving force behind it (pun intended) is not energy. It’s other societal benefits, such as safety, increased mobility, and an ingrained desire to innovate and build a better future. This means that for better or worse, these technologies will continue to evolve, and it is up to those who understand the nexus with energy to ensure that driving efficiency remains a key concern. Changing out an entire vehicle fleet and infrastructure is also a massive opportunity: it provides an opening to simultaneously move the vehicle technologies forward, especially with regards to electrification.

This is ultimately Bordoff’s point: It’s not that autonomous vehicles will inevitably hurt the environment – but that without a parallel push towards advanced vehicle and public transportation technologies, without introducing and sustaining a continued focus on decarbonizing the transportation sector, there is a chance that it might.