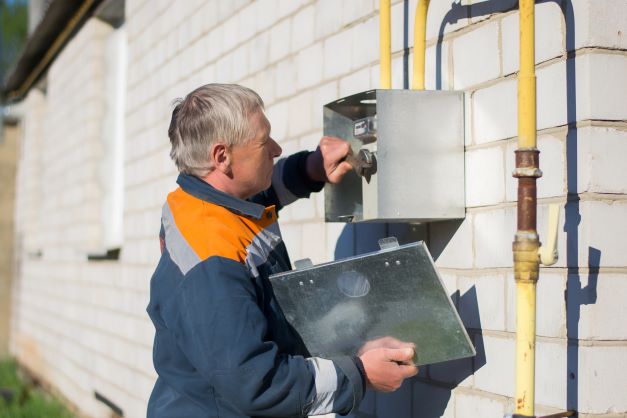 Climate action plans (CAPs) have been released or are in the process of being developed by 33 states with the aim to reduce greenhouse gas (GHG) emissions. The amount of GHG emission reductions and the timeline to achieve them varies by state, but states share many of the same strategies for meeting these goals, including promoting energy-efficient equipment and standards, expanding electric vehicle usage, establishing carbon cap-and-trade programs, and increasing sources of renewable energy. Utility agencies, municipalities, and other state bodies now are tasked with enacting these strategies. Another favored strategy is building electrification, and this innocuous-sounding strategy has the potential to shake up the homeostasis that has existed between gas and electric utility agencies for generations.

Building electrification is the process of removing fossil fuel-fired appliances in residential and commercial buildings, such as water heaters, furnaces, and stoves, and replacing them with all-electric alternatives. According to the American Council for an Energy Efficient Economy (ACEEE), 42 building electrification programs are in implementation across the country. As a leading state in electrification, California has approved new local building standards, set to take effect in 2023, requiring new construction homes and commercial buildings to be built “electric ready,” meaning the building’s electrical service shall be sized to accommodate EV charging, heat pump appliances, and other high electrical loads. California also became the first state set to eliminate natural gas subsidies, clearly identifying which power source the state wants all buildings to run on in the future. The state of New Jersey shares the same energy outlook and has set a goal of electrifying 90% of its new and existing buildings by 2050. Not all states have as ambitious building electrification policies as California and New Jersey, but these states may be laying out the groundwork for what’s to come in other parts of the country.

Natural gas providers must now consider how their businesses survive if and when a wave of electrification is legislated, and natural gas use is dramatically reduced or even phased out. Innovation and creativity will be the solution for survival in the shifting energy landscape. At the beginning of this year, Vermont Gas Systems (VGS) initiated a program where they sell, lease, install, and service electric heat pump water heaters. This program aims to help VGS contribute to the state’s climate action plan goals while also maintaining its “behind-the-meter” services, an important source of revenue. According to Richard Donnelly, the director of energy innovation for VGS, offering heat pump water heaters allows the company to “position ourselves a little more broadly as a thermal solutions provider that isn’t focused solely on fossil fuel gas.”

Gas utilities across the country are also rigorously exploring the hydrogen market with 26 hydrogen pilot projects announced, 11 of which are occurring in California. The pilots will help utilities overcome challenges posed by the shift to hydrogen before committing to expensive full-scale rollouts. The pilots primarily focus on the production and use of “green” hydrogen, or hydrogen produced using electricity from renewable energy sources, which is a pivotal aspect to reducing GHG emissions through hydrogen adoption (refer to Zondits article Goldman Sachs Predicts a Profitable Market for Green Hydrogen). The scope of these pilot projects varies from producing and storing hydrogen, optimizing hydrogen-natural gas blends, generating grid electricity using hydrogen, and analyzing the impact of hydrogen on end-use appliances. The federal government also sees the promotion of hydrogen as important and the Inflation Reduction Act earmarks billions of dollars for future hydrogen projects.

There will be no one-solution-fits-all for gas utilities. Each utility has a different business model and operates in states with their own unique climate action plans. We can expect to see a wide variety of solutions to electrification coming out of the gas utilities. For instance, the state of New Mexico is looking to shift its natural gas demands away from residential and commercial buildings and toward power generation, Minnesota is subsidizing its utilities to invest in efficiency projects and new technology, while Texas may still require natural gas for on-site energy resiliency in the case of emergencies. Natural gas utilities and their regulators will learn from the successes and failures of these divergent strategies. It will all take time, and time will eventually reveal the future role of natural gas in the energy transition to electrification and renewable energy.

Read more about the future of natural gas utilities: