Gita Subramony for Zondits, March 20, 2015 Last year, the bipartisan-supported Shaheen-Portman Act failed to pass due to political bickering. The act seeks to help the federal government become more energy efficient, and is largely non-controversial. However, political fighting over provisions that would take decision-making capabilities away from the executive branch on the Keystone XL […]

Gita Subramony for Zondits, March 19, 2015 Last year, Michigan policy-makers proposed questionable changes to the state’s definition of clean energy; a house bill attempted to expand clean energy to include the burning of waste material and garbage in order to meet the state’s clean energy goals. State representative Aric Nesbitt, who proposed the initial […]

Stalled Shaheen-Portman Efficiency Bill Might Be Split to See Movement

The strategy—which could occur during the lame duck session of Congress after the November elections—may represent the best chance for the legislation (S. 2262), which has languished in the Senate because of a broader fight over what amendments would be allowed to the bill.

Are Energy Efficiency Legislations Holding the U.S Back? 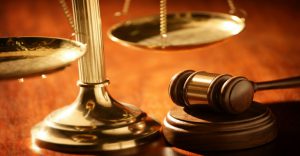 The implementation of energy efficiency savings in the US has been more difficult than its advocates might have hoped. Americans are relying on a patchwork system to achieve energy savings. That patchwork is derived from local, state and federal government regulations and from market forces.