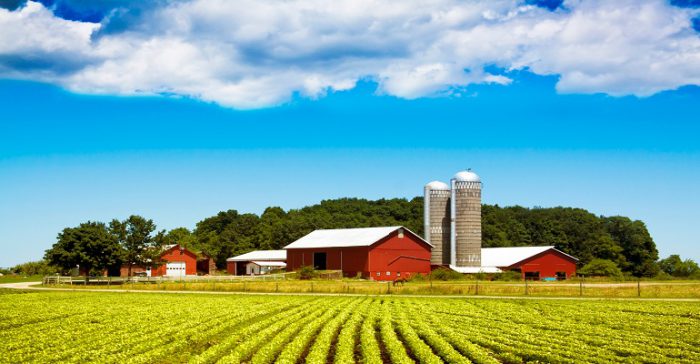 Heating water for sanitary use in the milking parlor can be a significant energy expense on a dairy farm. One energy reduction option dairies can choose is to use solar thermal water heating panels to preheat water before it goes into a hot water heater. Grand Valley Farm in Rives Junction, Michigan has been using a solar thermal system to heat water for over a year. It is one of four practices the farm has implemented to reduce its total farm energy consumption. The farm will be hosting a light dinner starting at 6 p.m. on Thursday, Aug. 17 followed by a tour of its solar thermal system and other energy efficient practices it has implemented including lighting improvements, irrigation efficiencies, and new grain drying technology that not only conserves energy but is whisper quiet. Registration information can be found at https://events.anr.msu.edu/AgEETour_GrandRiverFarm/.

According to Michigan Farm Energy Program’s study “Farming for Efficiency: A Case Study”, the farm’s solar thermal system is constructed such that water is heated directly as it passes between two stainless steel flat plates. Small solar photovoltaic panels provide dc power to run a small pump that circulates water from a storage tank to the solar water heaters.  The water heater in the milk house draws hot water from the storage tank, thus reducing the amount of energy needed by the water heater to bring water up to the proper temperature.

As a part of the energy upgrades on the farm, the old Fre-Heater, water heater and plate cooler were replaced with more efficient models. The Fre-Heater recovers heat in the process of cooling milk. The new Fre-Heater has the potential to heat 119 gallons of water from 55 degrees Fahrenheit to 120 degrees Fahrenheit in one cycle. The Fre-Heater used in the old system operated at 45 percent capacity of the replacement. Just by upgrading the Fre-Heater, the farm saves 251,689 British thermal units (btu) per day. The new heater has an efficiency of 80 percent, compared to 60 percent with the old model. Accounting for inefficiencies and standby losses, this upgrade resulted in about a 123,259 btu per day reduction in energy consumption. With the farm’s daily average water use of 430 gallons, these upgrades in the water heating process give a yearly savings of $5,615.

Additionally, the plate cooler was upgraded to measure the influence it had on system performance.  Each year there is approximately 2,957,000 pounds of milk produced that is processed by the plate cooler. The plate cooler exposes the 99 degrees Fahrenheit hot milk to 55 degrees Fahrenheit well water and is capable of bringing down the overall temperature by up to 30 degrees Fahrenheit before it is put in the bulk tank. By replacing the plate cooler, the farm reduced its energy consumption by 83,009 btu per year. This resulted in a yearly savings of roughly $1,240 with a payback period of 5 years. These savings could be increased to up to $4,400 per year if the farm wanted to invest in implementing a variable frequency drive on the receiving pump.

With the limited data that’s been collected from only the winter months, there appears to be a 23 percent decrease in energy consumption with the use of the solar thermal system. Grand Valley Farms uses natural gas, indicating that monetary savings for farms using propane will be even greater.

There is no fee to attend this tour but registration is requested so an accurate meal count can be made. Funding for the meal and tour has been generously provided by the Michigan Energy Office. Registration information can be found at https://events.anr.msu.edu/AgEETour_GrandRiverFarm/. Questions about the tour can be directed to Charles Gould at 616-994-4547 or gouldm@msu.edu.