Shortfall In Funding Leads To Cut Backs On Energy-Efficiency Rebates

Tucson Electric Power Co.’s decision to suspend its commercial energy-efficiency rebate programs for the rest of the year has left some customers in the lurch with projects they thought would qualify for the incentives.

And TEP has reduced rebates for some residential energy-efficiency upgrades to deal with a shortfall in funding.

TEP suspended its commercial and multi-housing energy-efficiency programs in May, saying it had run out of money and would shift remaining incentive funds to residential programs.

TEP spokesman Joe Barrios said the company has no plans to ask for additional funding this year but remains committed to its energy-efficiency programs going forward, noting the company has funded more than 500 commercial projects this year.

The issue surfaced after TEP realized its current collections under a customer-paid surcharge would fall short of the program’s overall $23 million budget for this year by some $6 million.

TEP decided to suspend the commercial and industrial programs, including apartment complexes, and focus funding on residential rebate programs.

Local contractors say in some cases TEP won’t pay rebates for some commercial projects that were initially approved.

Danny Levkowitz, owner of Tucson-based Sun Lighting, said he had about a dozen projects that he believed were in line for rebates when TEP pulled the plug on the program in May.

After meeting with TEP officials last week, the utility agreed to fund all but a few of the pending projects, Levkowitz said.

One Sun Lighting project approved for funding last week after being turned down is an ongoing LED lighting-replacement job for Merle’s Automotive Supply at the Tucson-based auto-parts company’s warehouse on the south side.

But among the projects that TEP said it wouldn’t approve for rebates is a $15,000 LED lighting upgrade at a large local printing company, which would qualify for more than $9,000 in incentives, Levkowitz said.

As a result, Sun Lighting will have to refund the customer’s deposit and return equipment already purchased for the project, Levkowitz said, estimating that it will cost his company a couple of thousand dollars in restocking fees and return freight charges.

Another local contractor, ABCO Solar, had two customers — a pool company and a church — who dropped their energy-efficient lighting projects after signing contracts and then being told by TEP they wouldn’t qualify for rebates after all.

“It’s a real deal-breaker,” ABCO president Charlie O’Dowd said of the loss of the rebates, adding that about a dozen prospective customers have dropped their project plans.

It’s not unusual for such rebates to run out, as they are generally issued to eligible customers on a first-come, first-served basis while the allocated money lasts.

The incentives are meant to help state-regulated utilities fulfill a state mandate to achieve cumulative energy savings of 22 percent by 2020.

“They’ve run out of funds before,” Levkowitz said of TEP. “I think they handled this extremely poorly this time.”

TEP’s Barrios confirmed that some TEP commercial customers recently turned down for rebates will now receive them.

A total of 530 commercial customers have or will receive rebates for energy-efficiency improvements this year, Barrios said, while TEP is reviewing about 100 who may not qualify for various reasons.

Barrios said the company has been meeting with its contractor partners and reviewing all of this year’s applications for commercial energy-efficiency rebates, to determine which customers had a “reasonable expectation” that they were qualified for a rebate.

The multi-step rebate-approval process includes a project proposal and a participation agreement that must past muster by TEP’s program coordinator, DNV GL Energy Services, and inspections before and after installation.

Projects may be subject to post-installation inspection before customers are sent a “final payment notification” that a project is ready for rebate payment.

The Arizona representative of a non-profit group that has pushed for energy-efficiency programs said TEP should have known last year there wasn’t going to be enough money to fund its programs.

“We’re trying to come up with a solution, but I think that solution is going to require additional funding,” said Jeff Schlegel, Arizona representative for the Southwest Energy Efficiency Project.

The shortfall in the energy-efficiency funding occurred as the 2017 budget and surcharge rate was unchanged from 2016, despite the fact that the surcharge was reduced last year to offset an over collection of about $8 million from prior years.

In March, TEP filed a request to raise the “demand side management” bill surcharge — which averages less than $2 per month for the typical home customer — to make up the funding shortfall. But the company withdrew that request in May to avoid adding to a general rate increase approved in February.

Barrios said TEP officials have been in touch with the Corporation Commission’s utilities division staff on the status of the energy-efficiency programs, but there’s been no request to consider additional funding this year.

TEP’s request to extend the deadline to file its 2018 energy-efficiency implementation plan is on the Corporation Commission’s open meeting agenda for Tuesday, but as of Friday it was on the panel’s consent agenda, which means no debate or changes are planned. 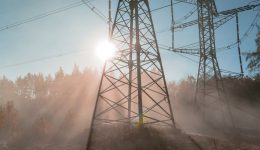 “Convince Me” Series: A Spotlight on Decarbonization, Article 5 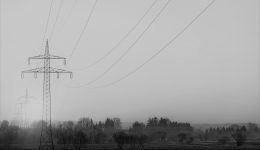 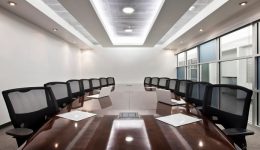