It was only days ago that we were telling you about how well Europe has been handling their carbon emissions reductions. Well, North America wasn’t far behind with a headline of its own. This week at the Three Amigos Summit, the leaders of Canada, the United States, and Mexico announced a goal to collectively meet 50% of electricity demands from clean sources by 2025. The United States produces about 75% of the power in North America, so they’ll be pulling most the weight. Meanwhile, Canada is already above 80% by the definition used in the agreement.

Before jumping up in pride about this goal being bigger than Europe’s, consider a few things. First and foremost, the 50% claim (while official reports will cloud it some) refers to electricity only, and not all energy. Electricity makes up less than 40% of energy in the US (assume that it’s similar for North America overall), and the rest of the energy is predominantly used for heating and transportation. This is shamefully misleading, no two ways around it. For the record, Europe’s renewable energy target specifically describes “the overall energy supply,” so kudos to them for the honesty and the more difficult goal. Second, their accounting includes large hydroelectricity and nuclear, both of which are considered “clean energy” as they have low/no carbon emissions, but don’t fit as neatly under “renewable.” Uranium is not a renewable resource, and while the water that powers hydro dams is, it has become commonplace to reference “non-hydro renewables” to more accurately describe the economic and social benefits that come with wind, solar, and the like. By including these two sources, North America can already boast some 37% of energy from these sources. Good for headlines, not as good for meaningful change. Third, this is just a pledge by the sitting heads of state, not a legislated target. It may not outlast the terms of the sitting leaders! 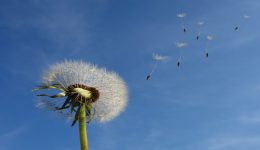 AWE Holds On to Uncertain Future After Losing Investor