A trio of Democratic legislators in Massachusetts has introduced a bill to help the state reach its ambitious goal of using 100% renewable energy by 2035 and phasing out all fossil fuels from the heating and transportation sectors by 2050. The Bay State is seeking to catch up with other states’ carbon-lowering goals, and it may in fact be sending a message to the White House administration as well. Upon taking office, President Donald Trump removed all evidence of climate change from the official White House website and announced plans to repeal Barack Obama’s Clean Power Plan, revive the American coal industry, and drill for oil on federal land. This may be the only attempt by a state to mandate fossil fuel phase-out in the heating or transportation sector, and it lights the way for similar efforts across the nation.

It looks like Massachusetts is following in the footsteps of other states with already very aggressive decarbonization goals as state lawmakers have proposed a bill that aims to phase out the use of fossil fuels by 2050. This is on top of the already existing Massachusetts Global Warming Solutions Act, which requires the state to reduce greenhouse gas emissions by 80 percent of 1990 levels by 2050.
Bill SD.1932, dubbed as the 100 Percent Renewable Energy Act, is sponsored by Democratic lawmakers Rep. Sean Garballey, Rep. Marjorie Decker, and Sen. Jamie Eldridge. It sets a clear goal “to steadily transition the commonwealth to 100 percent clean, renewable energy by 2050.”
“This legislation provides a bold step by placing the Commonwealth on a path to a cleaner and more sustainable future,” Garballey said in a statement. “It encourages job creation, protects and sustains our natural resources, reduces our carbon footprint and would benefit the health and well-being of our citizens in immeasurable ways.”
SD.1932 would also increase Massachusetts’ renewable portfolio standard (RPS) — a policy that requires utilities to purchase a minimum amount of their electricity from renewable sources — to 100 percent renewable energy by 2035. Currently, it has mandated 1,600 MW of offshore wind power and is seeking to set an energy storage goal. Furthermore, the bill also seeks to eliminate fossil fuel use from the heating and transportation sectors. 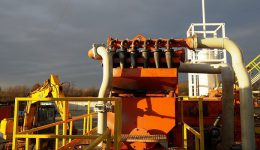