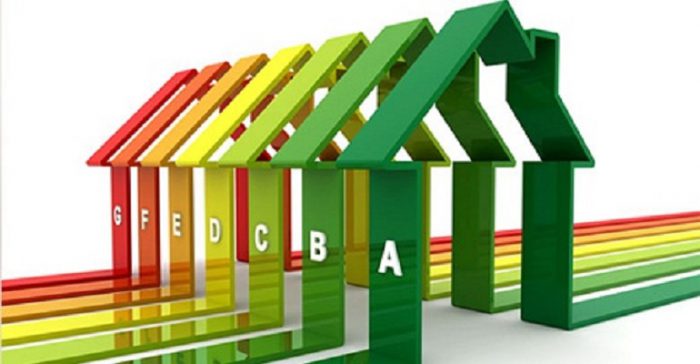 At the end of June, the Massachusetts State Senate voted to pass a bill that will require home energy audits before a home, condominium, or apartment building under five units can be listed for sale. The bill will also require homeowners to disclose the results of the home energy audit at the time the home is listed for sale. Supporters of the bill foresee an energy audit as being a blueprint for a potential home buyer to make improvements and, perhaps, finance them as part of the sale. In 2011, the Joint Center for Housing Studies of Harvard University found that and buyers spend 2.5 times more money on renovations in the first 2 years after a sale than any other time. This means that home energy scores would become a guideline for home improvements and the overall efficiency of a home, which in turn will impact the nation’s overall energy consumption, too.

[mks_pullquote align=”right” width=”300″ size=”20″ bg_color=”#81c341″ txt_color=”#ffffff”]A study in California documented that a green certification label on a house adds 9% to its selling value.[/mks_pullquote]Over the past decade energy efficiency has progressed from the margins to the mainstream with builders constructing more energy efficient homes and consumers more aware of the benefits of energy efficiency. In 2014, the Department of Energy (DOE) calculated that homes across the United States consume more than 20% of our nation’s energy and more than half of the energy used in the buildings sector. To address this challenge, the DOE developed the Home Energy Score to give homeowners and home buyers a standardized method for assessing the energy performance of their home’s energy systems and envelope. Homes are scored much like a miles-per-gallon rating for vehicles on a scale of 1 to 10.

Home Energy Scores have become an important reference point in the housing market and eighteen states across the country have started to require energy audits from home sellers prior to putting their home on the market. As many as 90% of home buyers consider efficiency “very important” according to the National Association of Homebuilders. In California, a study of 1.6 million homes sold from 2007 to 2012 documented, while holding all other variables constant, a green certification label on a house adds 9% to its selling value. A similar study in Portland, Oregon found energy efficient homes sold for 12% more and 22% faster. These statistics align with similar studies conducted in Europe that found houses rated “A” under the European Union’s system sold on average for 10% more than lower-rated homes.

A recent study funded by the Institute for Market Transformation (IMT) assessed whether residential energy efficiency is associated with lower default and prepayment risks for mortgages. A national sample of 71,000 ENERGY STAR and non-ENERGY STAR-rated single-family home mortgages whose loans originated from 2002 to 2012 was constructed accounting for loan, household, and neighborhood characteristics. The study found that loans on ENERGY STAR homes are 32% less likely to go into default. In fact, the more efficient the home, the lower the default risk. The key findings of this report have significant policy implications for mortgage lenders because an energy rating or audit could define other important loan characteristics and could increase the affordability of energy efficient homes, especially in high-cost areas.

[mks_pullquote align=”left” width=”300″ size=”20″ bg_color=”#81c341″ txt_color=”#ffffff”]More disclosure on green characteristics makes sense for buyers and sellers.[/mks_pullquote]While there is plenty of evidence to prove the success of similar legislation across the country and in Europe, the Massachusetts Association of Realtors (MAR) is voicing strong opposition to the bill. MAR agrees with the main goal of the bill, to diversify the energy acquisition process and include more renewable energy, but it does not condone the requirement of government energy inspections and sanctioning a labeling system before selling a home.

Every home is different and our Massachusetts housing stock generally is older, which makes that argument even weaker, said 2016 MAR President Annie Blatz. Especially hard-hit will be homeowners who can’t afford to make upgrades, especially during such a complicated process as a home sale. Entire older communities could be stigmatized and lose value.

While many home buyers would say that energy-efficient windows or appliances do not affect their decision, more disclosure on green characteristics makes sense for both buyers and sellers. In fact, 61% of home buyers surveyed by the National Association of Homebuilders stated that they would be willing to pay $5000 more for an energy efficient house if it meant lower utility bills. While real estate agents see this bill as a stumbling block in the way of getting house on the market, there is significant research to prove that energy efficiency upgrades translate into dollars and cents.