MA Energy Policies on the Move

The State House in Boston has been working through numerous energy proposals this spring and summer, and the impacts will soon be felt across Massachusetts.

[mks_pullquote align=”left” width=”300″ size=”20″ bg_color=”#81d742″ txt_color=”#ffffff”]The Governor’s “pipeline tax” has been contended and debated from the streets to the state supreme court.[/mks_pullquote]Last month the House of Representatives passed a bill that called for the procurement of 1,200 MW of offshore wind and 1,200 MW of Canadian hydroelectric energy by MA utilities. Then the senators took it a step further, increasing the commitments to 2,000 MW of offshore wind and 1,500 MW of hydro. A compromise committee is expected to resolve the measures and move a unified bill forward to the governor.

An amendment to the bill discussed above takes aim at the Governor’s “pipeline tax,” a proposal to add a line-item to Massachusetts ratepayers’ bills to help fund the procurement of natural gas carried through new pipelines in the state. The topic has been contended and debated from the streets to the senators to the state supreme court, and the amendment effectively blocks any possibility of that proposal moving forward.

Speaking of the streets, the grassroots climate group 350 Massachusetts and several co-sponsors just finished a 4-day, 43-mile march to the State House, along proposed pipeline routes that zigzag across the state. The People over Pipelines March culminated in a rally at the Massachusetts State House on the morning of July 18, just outside the halls where these energy bill discussions are in full swing. Massachusetts has many gas pipeline projects in the planning and development stages right now. This spring the Northeast Energy Direct pipeline was suspended due to community opposition and a failure to find buyers for the fossil fuel. The defeat of the pipeline tax would be just the latest in a list of climate and energy victories in the state this year. 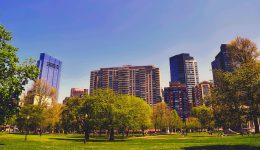 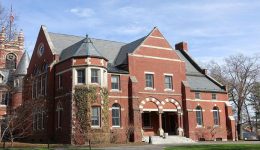