The Heritage Foundation recently posted an opinion piece on why the federal government should not be mandating energy efficiency standards. The authors suggest that the standards reduce consumer choices, have little impact on reducing greenhouse gas (GHG) emissions or increasing energy savings, and hinder innovation. The authors argue that high energy prices will motivate customers to purchase energy efficient equipment and that the free market is enough to incentivize energy efficiency.

Let’s look a little more closely at the claims. Federal efficiency standards began in 1987, and since that time energy consumption of several major household appliances has dropped dramatically. The graph below from the American Council for an Energy Efficient Economy (ACEEE) blog shows the dramatic drop in energy consumption, especially for refrigerators and clothes washers.

The National Resources Defense Council’s (NRDC’s) analysis also indicates that by 2035 federal efficiency standards will be responsible for reducing total US energy consumption by 14% and for cutting 470 million tons of carbon pollution annually.

What about the marginal cost for more efficient appliances? The Heritage Foundation argues that by requiring energy efficiency for these items, consumers are forced to pay higher prices for them. Although the up-front costs might be marginally higher, efficient equipment pays for itself (often very quickly) through energy savings and avoided utility costs for consumers. The International Energy Agency also has shown that the price of equipment covered under standards is only slightly higher with “little long-term impact on appliance price trends.”

But what if we left it to the market to incentivize energy efficiency? Without standards, a consumer would be free to choose between a cheaper and less efficient model or a more expensive and efficient one. A consumer would likely choose the more efficient model if electricity prices were particularly high. In some markets the price of electricity is so low that it’s really not worth it to purchase efficient equipment. However, when this consumer continues to buy the less efficient equipment based on market forces, the decision does not take into account negative externalities such as increased GHG emissions and pollution.

Additionally, there are several key examples where energy prices do not necessarily dictate efficient equipment choices. For example, Hawaii’s energy prices are the highest in the US, yet the state is not the most efficient. According to The Economist, market failures and distortions prevent the market from incentivizing customers to purchase more efficient equipment. Among the barriers to adoption are lack of information among consumers on potential energy savings and the classic split incentive problem where landlords want to buy the cheapest equipment (not the most efficient) since tenants pay the electric bill. 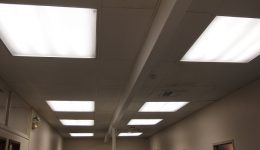 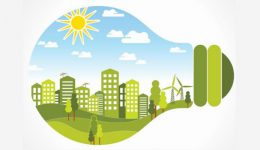