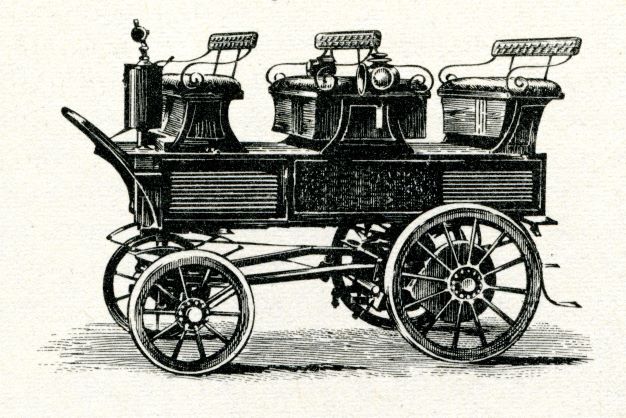 This is the first in a multi-part series on the history of the electric vehicle.

In the beginning, there was the hand crank. NOT! Contrary to schoolbook history — and silent movies — some of the earliest iterations of the “horseless carriage” required no such effort: they were electric.

And these early attempts predate silent movies by generations: The history of the electric vehicle (EV) is often traced back to Robert Anderson, a Scotsman who strapped a non-rechargeable battery and motor onto a carriage. The date? Sometime around 1832 — almost 200 years ago. About the same time, inventors from other parts of Europe were experimenting with the same technologies. But the breakthrough for EVs wouldn’t come until 1859 and the development of the rechargeable battery.

Even then, early trials of EVs focused more on testing battery life (sound familiar?) than moving people. Such was the case with another Scot, William Morrison, living in Des Moines, Iowa, who patented his rechargeable “electric carriage” in 1887 and drove it in a parade the next year. According to published reports of the time, he also was more interested in the batteries than in moving people.

Nevertheless, his carriage did move people — with front-wheel drive, a 4-horsepower motor and a top speed of 20 mph. It came with 24 batteries that had a range of 50 miles. At the 1893 Chicago World’s Fair — better known as the World’s Columbian Exhibition — Morrison’s carriage was center stage and helped propel the interest of other horseless carriage entrepreneurs, such as Ransom Olds and the Studebaker brothers, who ended up producing fleets of electric cars for sale to the general public.

Before that happened, however, a different kind of fleet had taken to the street. In 1897, the Samuel’s Electric Carriage and Wagon Company began running 12 electric hansom cabs in New York City, and within a year had 62 cabs running. By the turn of the century, 40% of automobiles in the U.S. were powered by steam, 38% by electricity, and 22% by gasoline, with a total of 33,842 EVs registered. According to the “Standard Catalog of American Cars 1805–1942,” there were more than 300 manufacturers who produced EVs in the U.S. until 1942.

From the beginning, the issue was range for those who didn’t live, work, and play in the city. Because of a lack of recharging stations in the outlying areas, these EVs simply didn’t (and couldn’t) go very far. For one enterprising company — the Hartford Electric Light Company — the solution was to offer an exchangeable battery service for electric trucks in 1896: The owner purchased the truck without a battery and then paid for the electricity by having an exchangeable battery installed when needed. The company provided the service from 1910 to 1924. (Today, the Chinese carmaker, NIO, does that, too. It has installed EV battery swapping stations across the country, in which drivers pull in and their EV’s discharged battery is swapped for a fully charged replacement at an automated exchange station. In 3 minutes. To read more about today’s battery developments, watch for my report: “200 years later, batteries remain the weak link of EVs”).

As you can see, early EVs were more popular than internal combustion engine (ICE) vehicles, especially by inner-city residents. They weren’t smelly (like horses) or noisy (like the first gas-powered vehicles) and they were easy to drive. They started instantly, without that hand crank, and had no transmission to fight. In fact, some companies viewed this as an advantage for female drivers and marketed specifically to women. The superintendent of the Detroit Electric car factory hired his own daughter to sell the EVs to women. Henry Ford’s wife, Clara, drove a Detroit Electric well into the 1930s.

But the story of the early EV had already stalled by the early 1910s — in large measure because of advances in America’s infrastructure (better roads going more places) and improvements with the ICE: greater range, cheap gas, more gas stations, faster speeds, the electric starter, and the invention of the muffler to reduce noise. The last nail in the coffin was the introduction of mass production of ICE vehicles — most prominently by Henry Ford — that brought down the cost. The first Model T sold in 1909 for $825, but eventually the price dropped to $260. By comparison, EV prices were going the other way, selling for almost double the price of an ICE vehicle by 1912.

So, although EVs continued to be built and sold into the 1940s, the battle between battery- and gas-powered vehicles was long over, and EVs went to sleep for nearly 60 years. Then, something unexpected awakened them from their slumber – find out in Part 2 of the series.

Read more about the history of electric vehicles: