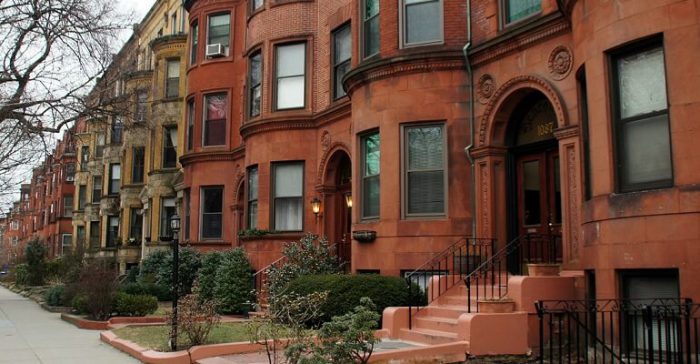 New research shows how to identify the buildings where retrofitting for energy efficiency will have the biggest impact on a city’s overall greenhouse gas emissions.

The new findings, which require only minimal information about the buildings and their energy use, was developed by Marta González and Franz-Josef Ulm, MIT professors of civil and environmental engineering; Mohammad Javad Abdolhosseini Qomi PhD ’15, who was graduate student when the research was conducted; and five others at MIT and other institutions. The results are being reported in the journal Interface, published by the Royal Society in the U.K.

The authors point out that 44 percent of all energy used in buildings in the United States goes toward heating and cooling, and this accounts for 20 percent of the nation’s carbon dioxide emissions. So, making a significant dent in that sector could help the country meet its commitments for curbing greenhouse gas emissions.

González explains that there are 82 different parameters that can have an effect on the overall thermal efficiency of a building, but much of these data require detailed on-site measurement and in some cases specialized equipment, making it impractical to do such assessments at the scale of entire cities. But after a careful study of representative areas in Boston and Cambridge, Massachusetts, the team found that it is possible to use just eight of these factors to reach conclusions that are almost as accurate, which makes the task much more feasible.

The key to making useful assessments turned out to be a direct measure of people’s energy use during cold months: their monthly gas bills. By comparing anonymized bill information from the gas company with city-provided data on the size and volume of the buildings, and with weather data showing the outside temperatures during the study period, the team found they could make detailed predictions about which buildings would benefit the most from the retrofits, which include such steps as adding insulation, sealing leaky windows and doors, and replacing older single-pane windows with newer double-pane versions.

The analysis showed that selecting just 16 percent of the buildings in Cambridge for such retrofits, based on the formula they developed, would be enough to eliminate 40 percent of the city’s natural gas usage. “We had no idea that helping out a few could make such a difference,” Ulm says.