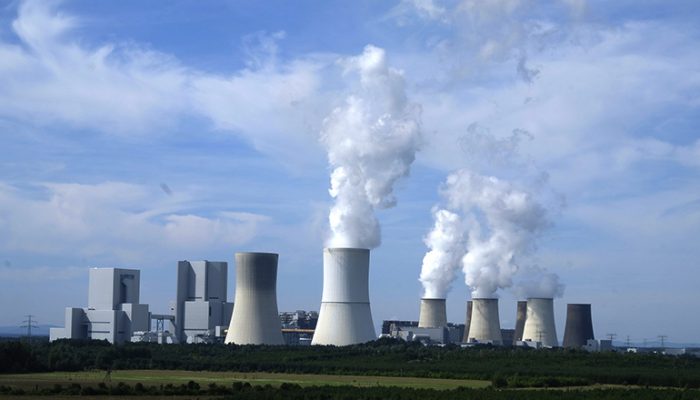 Duke Energy Carolinas announced today that it is abandoning plans to build the Lee Nuclear Station in light of the bankruptcy of the project’s principal designer and contractor.

The decision was noted in a rate case filed with the North Carolina Utilities Commission on Friday morning, which seeks to increase revenues by around $647 million, or an average rate increase of 13.6 percent across all customer groups. The nuclear project cancellation proposal was filed separately.

Duke’s decision comes on the heels of SCANA Corp. and Santee Cooper abandoning construction on the $18 billion V.C. Summer expansion plan having already spent $9 billion on the project.

The Carolinas’ parent company, Duke Energy Corp., reportedly avoided answering questions raised about Lee following Westinghouse’s bankruptcy filing in March. The Lee site in Gaffney, South Carolina was first selected for a nuclear project in 1970s, but it was abandoned a decade later following the nuclear meltdown at the Three Mile Island Nuclear Generating Station in Harrisburg, Penn. Duke Carolinas rebooted plans to build a $6 billion, two-reactor nuclear plant in 2005, but did not fully commit to building it as nuclear projects in neighboring utility territories experienced major delays and ballooning budgets.

In May, regulators asked Duke to update the expected cost of the Lee plant (which was pegged at $11 billion in 2008) and to clarify whether or not it plans to abandon the project. In order to shut down the Lee site, Duke needs commission approval.

The company stated in a press release that nuclear power is a “vital component” of Duke Energy’s generation portfolio. However, it is seeking utility commission approval to cancel the development of the Lee Nuclear project due market uncertainty. “Most notably, risks and uncertainties to initiating construction on the Lee Nuclear project have become too great and cancellation of the project is the best option for customers,” according to the company statement. “Duke Energy will maintain the license to build new nuclear at this site in the future if it is in the best interest of customers.”

The recent bankruptcy of Westinghouse Electric Company, a subsidiary of Toshiba Corporation, is cited as a major factor. Westinghouse designed the AP1000 reactors that were to be used at the Lee site, as well as at the V.C. Summer and Vogtle nuclear plant expansions. Westinghouse was also the principal contractor on the three projects.

The Vogtle plant in Georgia is now the only remaining nuclear project under construction in the U.S. Earlier this month, Georgia Power announced that the first steam generator has been placed at the Vogtle nuclear expansion site. Regulators in the state insist that the Georgia project is different from the Summer plant in South Carolina, and they say they want to see it get built. Georgia ratepayers have already invested $4.5 billion in the facility.

Duke Carolinas has spent $541 million the Lee plant to date, and will seek to recover those costs in its new rate case. The utility has requested $53 million per year over 12 years — for a total of $636 million — to cover the capital costs plus the costs of carrying that debt over time.

“The fact that we canceled the project doesn’t make it any less prudent for service consumers,” said Duke spokesperson Jeff Brooks. Halting the Lee project now keeps costs lower for customers, but it doesn’t eliminate the value of that asset. Maintaining the license to the Lee site will allow the company to serve customers with clean nuclear power in future — if and when the market conditions are right.

“With the availability of cost-effective generation from natural gas and solar and other technologies, we’re able to meet our customers needs in the near term,” he said. “But nuclear will continue to be important for the company in our diverse energy mix, now and in the future, as we think of the energy mix that will serve our customers in the years ahead.”

NC WARN, a nonprofit climate action group, came out in support of Duke’s decision to abandon the plant, but lamented the time and money spent on the project to date.

“Duke Energy executives invested 12 years and over a half-billion public dollars — at the Lee project alone — hoping to build nuclear plants,” said Jim Warren, NC WARN’s executive director. “Sadly, it validates the long-running concerns that the nuclear ‘renaissance’ would waste precious time and resources that should have gone toward proven measures that would slow the climate crisis.”

“We’re glad that Duke is cutting the losses it must share with the public,” he continued. “And we strongly urge CEO Lynn Good to finally turn all efforts toward actually going green, thus aligning Duke Energy’s interests with those of all humanity at this late hour.”

While supportive of the Duke’s nuclear plants, the nonprofit was highly critical of the utility’s proposed rate request, which NC WARN says it plans to challenge.

As for other rate case items, Duke is requesting $11 million for smart meter upgrades. The company began rolling out its smart meter program in 2012, and it now has more than 1 million units in the field. Duke Carolinas currently serves 2 million customers across the two states.

Investments in storm hardening, including undergrounding power lines, and self-optimizing grid technology make up another significant portion of the rate case. The utilities commission is expected to hold a hearing on the proposal early next year and issue a decision in spring 2018.

With respect to the future of nuclear in the U.S., all eyes are now focused squarely on Georgia.