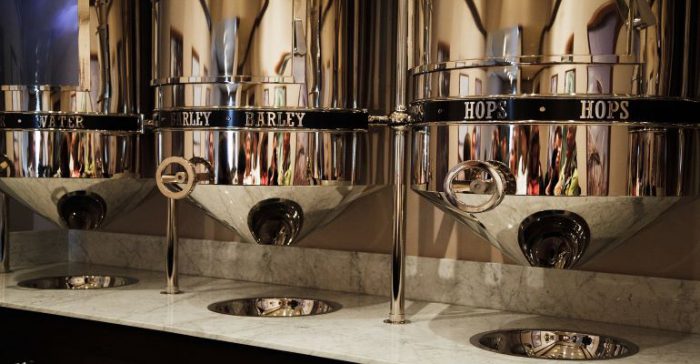 This article was originally published on washingtonpost.com on Feb. 11, 2020.

DENVER — The state of Colorado and three small businesses are trying a novel approach to reduce carbon emissions that sounds like something out of the fever dreams of Willie Nelson: using carbon dioxide produced from beer brewing to help marijuana plants grow.

The refrigerator-sized device purifies the greenhouse gas and chills it into a liquid. Stored in 750-pound tanks, the recovered CO2 is transported about nine miles to the Clinic, where growers vaporize the liquid and pump it into rooms full of pot plants to speed photosynthesis.

“This is an example of something we think has great potential to scale in Colorado — we have a thriving craft brewery industry and a thriving cannabis sector,” said Gov. Jared Polis (D), whose administration provided technical and communications support, but no funding, to the project. “It’s an economic win — and it has the potential to help with climate.”

CO2 emissions represent a large percentage of the greenhouse gases that trap heat in the atmosphere, warming the planet.

Polis, who was elected in a blue wave in 2018 in which Democrats captured the state legislature, campaigned on a promise of 100 percent renewable power by 2040. The governor signed a bevy of laws to facilitate such a transition, including a bill that set a target for a 50 percent reduction in greenhouse gas pollution below 2005 levels by 2030.

The carbon exchange between the nation’s recreational pot marketplace and one of its most robust craft brewing industries is a small step toward his climate change goals that could be applied in other states, Polis said. Colorado is home to approximately 1,142 licensed marijuana growers and about 396 craft breweries.

The 16-week pilot program, which officially begins Tuesday, is designed as a cost-efficient way for breweries and cannabis firms to cut carbon dioxide emissions by eliminating the need for them to purchase the gas from power plants and have it trucked across the state. If it proves successful, most CO2 emissions saved by such a program would be the result of fewer truck trips.

Denver Beer Co. will also use the captured CO2 to carbonate and package its beer instead of venting it.

“This is excellent and shows how to close the carbon cycle,” said Alissa Park, an engineering professor at Columbia University whose research focuses on capturing CO2 from industrial sources before it enters the atmosphere. “We need to develop a new carbon economy, a new way of seeing things at the end of the day.”

The Colorado project is one example of emerging methods that reuse carbon in ways that could transform how entire industries do business. These include a process that injects carbon dioxide captured by industrial gas suppliers into concrete when it is mixed. The $20 million Carbon XPrize, to be awarded this fall, encourages entrants to develop technologies that will convert CO2 emissions from power plants and industrial facilities into everyday products such as vodka, watches and pens.

This article was written by Jennifer Oldham for washingtonpost.com.