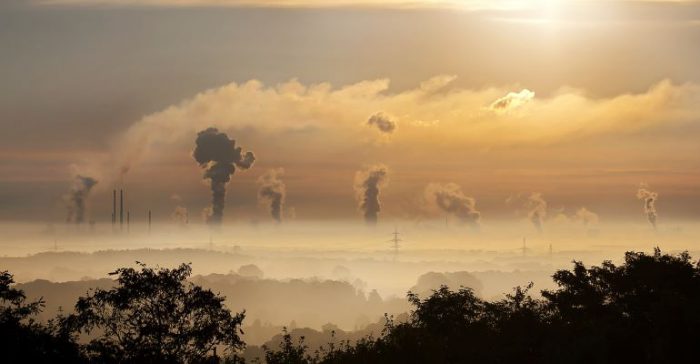 This article was originally published on processinddustryinformer.com on April 30, 2020.

VTT and its business partners have launched a two-year project to develop a concept for a process to capture and utilise carbon dioxide.

The aim is to utilise the carbon dioxide produced during bioenergy production as a raw material for specialty chemicals. As certain end products have a long lifecycle, the concept may even lead to negative emissions, that is, products that act as carbon sinks.

Carbon dioxide can be captured both from the thin air and from processes at power plants and production facilities. It can be used to replace fossil fuels as a raw material in manufacturing numerous chemical products.

VTT has previously evaluated that facilities that utilise and process biomass could be suitable pioneers for viable carbon dioxide capture.

Although captured carbon dioxide has been studied often as a raw material for transport fuels, extremely affordable electrical energy would usually be required to make these synthetic fuels viable. For the BECCU project, VTT and its business partners have selected chemicals, and in particular polyols, as the primary end products. Polyols are in turn the raw materials for polyurethane products, such as insulation materials and foam adhesives.

The goal is to determine whether polyols can be profitably manufactured from bio-based carbon dioxide and hydrogen in the current market situation.

The project is developing a concept for the entire processing chain, from the use of biomass in energy production all the way to the capturing of carbon dioxide and chemical manufacture. The aim is to prepare this concept to the next point where industrial-scale investments can be targeted.

– Polyurethane products are increasingly being used in construction industry insulation in the global markets, so it’s important that the fossil raw materials used in these products are replaced by bio-based and recycled materials, both as part of the Finnish chemical industry’s sustainability targets and to strengthen its market position, says Henri Nieminen from Finnfoam.

– Valmet’s mission is to convert renewable resources into sustainable results. The concept of capturing biomass-based carbon dioxide for the production of new end products is a good fit with our mission. Achieving climate targets calls for new solutions and verifying them with the whole value chain – and BECCU project is ideally suited for this, says Ari Kokko, Director, Technology and R&D, Energy Business Unit, Valmet.

Power-to-X processes to be piloted

The BECCU project will compare a variety of processes to capture carbon dioxide from biomass use in energy production. The second main raw material of polyols – hydrogen – will be produced using renewable electricity or supplied from industrial by-product sources.

The team will test each stage of the process using VTT’s pilot and laboratory test equipment and assess the techno-economic requirements for their entire lifecycle.

The concept will also be compared to other Power-to-X concepts, that is, processes in which transport fuels and other chemicals, such as methanol and methane, can be produced from carbon dioxide and hydrogen.

The BECCU project’s total budget is approximately EUR 2 million, and its main sponsor is Business Finland. It is part of Business Finland’s Green Electrification ecosystem, which was launched at the beginning of 2020 and seeks to develop Power-to-X processes.

– BECCU is one of the first co-innovation packages to be launched within the ecosystem, that is, in which research institutes and companies work together to develop new technologies and services. In addition to major driver companies, a significant number of SMEs are joining the project and getting involved in an extensive research programme.

Project partners will also implement their own development projects

In addition to VTT and Business Finland, the following stakeholders are also participating in the project: Valmet, Top Analytica, Metener, Finnfoam, Kiilto, Mirka, Pirkanmaan Jätehuolto, CarbonReUse, Neste, Helen, the Chemical Industry Federation of Finland along with number of international research partners. Alongside the public project, the partners will also be launching their own development projects, which will both utilise the project’s results and bring market perspectives to public research.

This article was originally written by Phil Black for processindustryinformer.com.