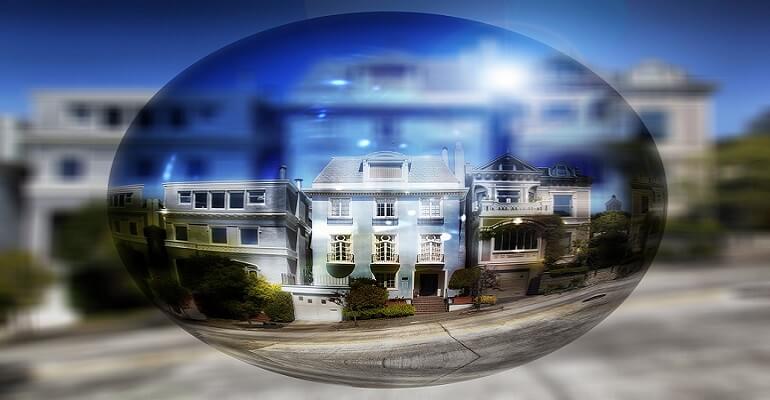 Buildings must improve their energy use; here’s what that means for you

Rows of newly minted model homes unspool across a verdant, rolling landscape in this sprawling master-planned community near Sacramento.

Solar panels glint across 1,000 acres of rooftops. On a tidy cul-de-sac, a faux-grass lawn flanks the driveway to the home of the future.

Power-sipping homes like this will be critical to the state’s recalibrated energy policies. Those policies now include a law that requires California’s built environment—tens of millions of structures—to operate twice as efficiently by the year 2030, slashing consumption of electricity and natural gas to half their projected levels.

The mandate, intended to reduce the state’s need for carbon-spewing power plants, is part of California’s mission to address climate change by cutting greenhouse-gas emissions. Residential and commercial buildings account for about 20 percent of those pollutants.

The new law, created last year by Gov. Jerry Brown and the legislature, offers no blueprint for implementing a policy that could touch millions of homes and nearly every school, church, office building and shopping center in California.

No action is required for existing homes or commercial buildings unless they undergo significant renovations. And the law stipulates that its implementation not be financially onerous for Californians.

But important questions of exactly how much the policy will ultimately cost and who will pay are unresolved, despite related legislation passed to help with the expense.

There are other fundamental questions as well, such as exactly how to measure efficiency, where to start — Brown has suggested beginning with state-owned structures — and how energy upgrades will affect the state’s scarce low-income housing supply.

The task of figuring things out lies largely with the Energy Commission and the Public Utilities Commission. The agencies say they hope to know by the middle of next year how to update a tangle of existing building codes and other regulations, modernize the state’s electricity grid to incorporate more renewable energy and craft an educational campaign to inform consumers of what’s coming.

In fact, California has been on an energy diet for decades. Many of the state’s energy programs date to Brown’s first tenure as governor in the 1970s, a response to an oil embargo that sent gasoline prices into the stratosphere. His administration wrote energy efficiency into the building code, and California became the first state to create strict energy standards for appliances.

Per capita electricity consumption here has remained mostly flat since 1975, while national energy use has gone up 50 percent, according to the federal Energy Information Assn.  Additionally, even though electricity rates in California exceed the national average, residents’ annual bills are among the lowest in the country. California’s aggressive appliance standards, for example, have saved consumers $75 billion since appliance efficiency programs launched in 1978, a state analysis says.

The state energy commission estimates that new building codes alone will save Californians $1.6 billion over the next 30 years.