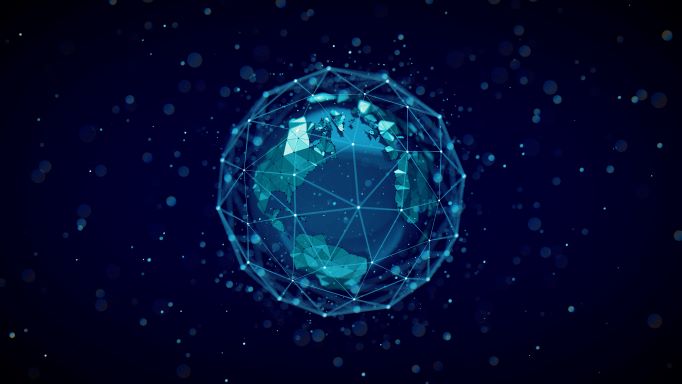 Cryptocurrency has long been criticized for the outsized energy usage involved in verifying transactions and the generation of tokens. In what essentially amounts to an ongoing civil war between radically different approaches to blockchain architecture, one can read volumes on the distinction between proof-of-stake versus proof-of-work for building consensus. No matter the style, why is computation for consensus critical to blockchain function? It keeps the network growing and secure using cryptography and requiring no third-party mediation. While each is advantageous depending on project type, proof-of-stake now adopted by Ethereum in a recent vote indisputably requires less processing power and hence less energy as it continues staking for consensus. Ethereum itself claims that the change in course will reduce energy consumption by 99.95%.

Ethereum’s big shift was the product of a heavily contentious multiyear debate spearheaded by Ethereum’s founder Vitalik Buterin, who literally wrote the book on the transition. Ethereum ultimately voted to adopt the proof-of-stake consensus protocol to the chagrin of some holdouts, some of whom still operate on the old network. The historic development was met with much controversy by Ethereum purists who posit that the departure from proof-of-work compromises the Ethereum network in many ways with respect to its original scope, chiefly decentralization and security. Ethereum, which now functions as the baseline for thousands of world projects, has shown that its community is eager to ditch high latency and high gas fees (payment to transact) through its decision. With respect to the power grid, the net effect is indisputably that less energy will be used for on-chain consensus.

In stark contrast to Ethereum’s newly adopted proof-of-stake model, the emblematic Bitcoin leverages mining to build consensus using a computationally demanding function through the proof-of-work method. There are a finite number of Bitcoins (21 million) that will ever exist, building in intentional scarcity that makes each Bitcoin more valuable and harder to mine, much like gold. With increased scarcity comes more calculation and thus more needed computational power to unearth Bitcoins, one Satoshi (the smallest unit of Bitcoin) at a time. This intense demand for processing brings a need for vast amounts of energy to run server farms on magnitude rivalled only by our favorite web services, and in many cases sharing the same facilities. This need has been met in many ways. In most cases, private sector facilities dedicated to mining have cropped up and sit on a spectrum of styles in terms of energy generation to fuel sites. Some pull from the grid, some generate on-site, and some are fully renewable. Either way, the vast demand generated for energy has increasingly earned the ire of institutions already eager to regulate a decentralized space, and the media tends to report on the subject with lack of nuance.

From a historical bird’s-eye-view, it was utterly predictable that speculation would grow surrounding an emergent commodity alongside the genuine application of a technology. What was once the accumulation of gaming graphics cards by cyberpunks at home has morphed from cottage industry to full blown industries of scale. In many ways, the arrival of the public has simply blown up a space that, due to its very decentralization in the first place, was not inclined to get organized or play nice with each other on issues such as energy footprint. Nonetheless (and scarcely reported on by crypto bears), efforts are underway to coalesce players with the aim to increase transparency, innovate greener solutions and attack the prevailing narrative. This of course will take time and a consensus building of its own. One can only expect this might be a great application for a Decentralized Autonomous Organization (DAO), or decision-making body, in and of itself.

But back to the crypto controversy of this decade. It’s unsurprising that Ethereum’s migration to proof-of-stake, while met with disdain by some, has been overwhelmingly celebrated partially due to the network’s new ability to run lean and use far less energy. Unlike Bitcoin, the vast utility of the network continually morphs and compounds, particularly as evidenced by the enormous banks and blue-chip companies building on its foundation. Despite the hurry to clean up the narrative surrounding the crypto space, it’s unclear whether that will continue outpacing regulatory scrutiny. And therein lies the dilemma. The crypto space on one hand is fertile ground for financial speculation and investing, while also being the framework for real-life solutions. Ethereum and other blockchains are the bulwark of growing applications from real estate transactions, art licensing, mineral supply chain traceability, enforcing food safety certification, administering vaccine passes, and more. And yet, millions of global crypto users are increasingly attuned to the roller coaster that are crypto trading markets and their seasonality of bear/bull run cycles. To uninitiated, it is utterly bewildering.

Meanwhile, in a proverbial throwing out of the baby with the bath water, legacy media is clearly fixated on driving a wedge between blockchain and crypto, while failing to realize that the two are indistinguishable. After all, interest in a respective token and its utility are just an expression of the network’s progress on said network’s mission. It’s very likely that ten years out, those very crypto bears will have retirement portfolios which include companies that transact things like tokenized carbon credits among the myriad ways banks invest our pensions. In this respect, a decisively agnostic and holistic view serves to best steer the boulder rather than stand in front of it.