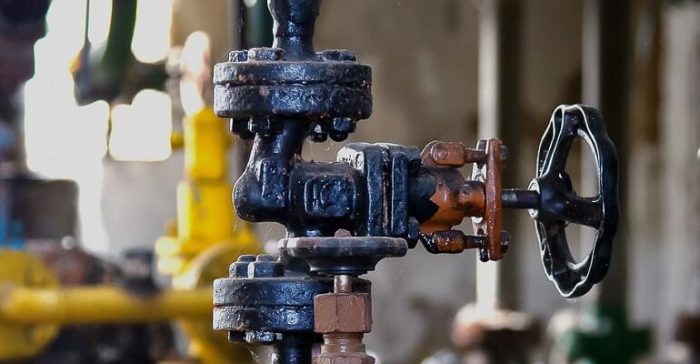 Something has gone terribly horribly wrong in your campus’s steam plant, and all of the steam has condensed to a superheated liquid! The pump impellers are strained, and the steam traps are blowing every second – somebody, wake up the plant engineer!

Okay, that would never happen, but some systems are designed to run that way all of the time. They’re called high-temperature water (HTW) systems. But why might you choose one? What are the advantages? How does it affect energy performance? Our Boiler Team has you covered.

An HTW water system circulates water above its boiling temperature of 212°F by pressurizing the fluid in the system. It’s more similar to a steam system in larger buildings or campuses than to a hot water distribution system. HTW can run as high as 400°F in liquid form, which means that each unit of HTW carries much more energy than it would if it were depressurized and traveling as steam (or more energy gallon-for-gallon than 180°F liquid water).

This has a couple of key effects on the system assembly. First, the piping has to be tighter throughout the whole loop. This might mean different materials choices, and it absolutely means that all of the joints are welded rather than screwed (aside from flanges connecting equipment). It also includes additional components, like an expansion vessel to modulate the fluid pressure and a specialized high-pressure water pump. High-quality construction up front pays dividends in lower maintenance costs than steam systems require. Since there is no steam, there are no steam traps and no condensate. There is also insignificant leakage, so the systems aim to start up and circulate all of the same water particles without adding makeup. Unless significant makeup is needed, there is virtually no boiler blowdown once the system is up and running. Chemical treatment of the fluid keeps oxygen corrosion and other fouling at bay, so don’t drink the water!

To keep a pressurized system, expansion vessels modulate the fluid pressure. As the fluid heats up, the pressure must increase to ensure that the liquid does not flash into steam. Systems are kept a safe distance above the saturation temperature during normal operation, as any fluid flash would result in major failures of the equipment throughout the system. Startup is the most complicated part of operating an HTW system, but once it is running, it requires much less attention than a steam system.
The figures above show an HTW system and steam system with a back pressure turbine. What differences do you see?

Are HTW systems more efficient? No, not really. The key motivator for anyone going to HTW is probably the decreased maintenance costs. Since they can be installed as a retrofit to existing steam systems, you may see them on college campuses or in other large facilities. The only thermal efficiency improvement in the system is minimized boiler blowdown, but that gain is far outweighed by the upfront costs of adding return lines, beefing up the existing distribution piping, and adding pressurizing equipment and pumps. Retrofit opportunities for a central steam plant looking to increase its heating efficiency would more likely be found in optimizing heat recovery, staying on top of leaks and maintenance, or transitioning to modular high-efficiency boilers. If you see an HTW system during an audit, ensure that there is no make-up water or blowdown, assess the potential for adding variable speed pumps, and look for opportunities with boiler controls.

Dive deeper into HTW systems with this short course on HTW heating plants.